It's common knowledge that Apple co-founder Steve Jobs passed away in 2011 after a battle with cancer.

But a photograph of a man in Egypt who looks remarkably like the tech giant has given birth to an unlikely conspiracy theory.

It's not clear when the photo was taken but the bizarre online speculation has reached fever pitch in a matter of days. 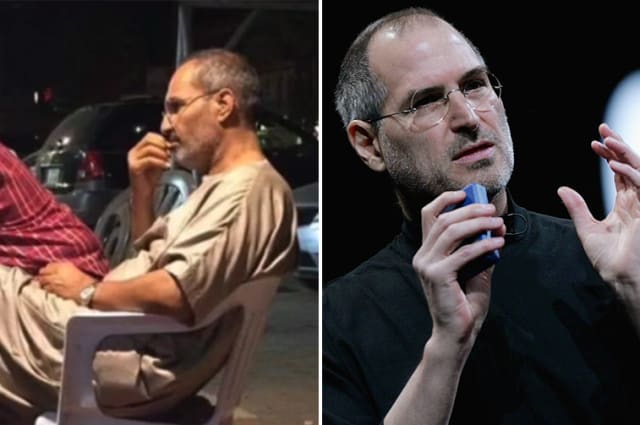 Take a closer look at the image in the video above.