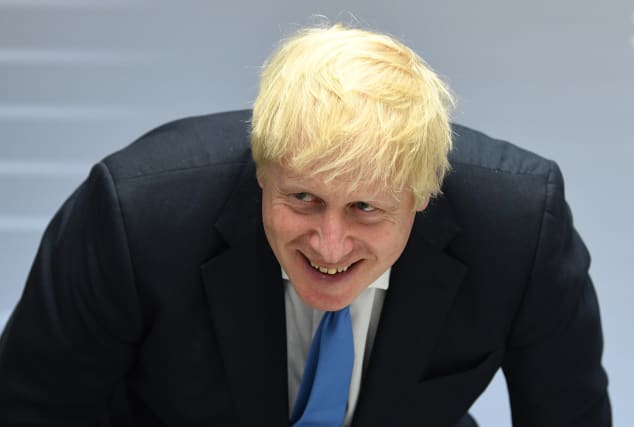 The pound tumbled on Wednesday following news that Boris Johnson had gained the Queen’s permission to suspend Parliament.

Han Tan, market analyst at FXTM, said: “The pace of sterling’s drop demonstrates yet again the currency’s susceptibility to Brexit fears, and that there’s little conviction to ensure that the pound remains elevated.

The jovialities at the G7 summit have given way to the harsh realities of the UK political arena, as markets are reminded yet again that the threat of a no-deal Brexit remains alive and well.”

London’s top shares were up and down throughout the day as the global mood shifted, but eventually closed higher on the back of the weaker pound.

Meanwhile European markets were in the red, amid global economic uncertainty. The French Cac declined 0.34% and the German Dax was down 0.25%.

Oil prices inched higher due to a drop in US crude inventories.

Shares in the group slumped 1.18p to 5,902p after the Chinese firm announced it will contribute £450 million of new money to the UK travel firm and acquire 75% of the company’s tour operator business and 25% of its embattled airline business.

WH Smith said it was on track to meet full-year expectations, boosted by strong performance in its travel stores. Shares fell 29p to 1,964p.

Ted Baker ended its solo efforts to break into the Japanese market, by signing a five-year licensing deal with local operator Sojitz Infinity to expand across the Asian country. Shares were 11p higher at 923p.

Cafe-bar operator Loungers reported surging annual sales on the back of a raft of new openings in its first set of results since floating in April. Shares were down 1.5p to 204.5p.

The owner of Franco Manca has affirmed its expansion plans as the restaurant business reported a rise in sales.

Shares in The Fulham Shore, which also owns The Real Greek, were flat at 11.1p as it said in a statement that revenues increased in the first 21 weeks of the year.

Oilfield firm Petrofac said it expected revenues to decline next year, as fraud investigations continue into its contract dealings in Saudi Arabia and Iraq.

Shares dropped 4.3p to 410.3p as the oil services company said orders for the first half of the year had slipped lower, as the Serious Fraud Office (SFO) completes its corruption enquiries.