Pound slides on news of PM’s plan to prorogue Parliament

The value of the pound has crashed lower after traders were spooked by news that the Government is expected to suspend Parliament from mid-September.

Although sterling recouped some of its losses after going into "freefall" when the news was first announced on Wednesday morning, it still slumped to a six-day low.

Downing Street confirmed that Boris Johnson has spoken to the Queen to request that Parliament is suspended until October 14.

The Prime Minister insisted the move will allow him to bring forward a "bold and ambitious legislative agenda", but he has faced staunch criticism that it could stifle opposition to a no-deal Brexit. 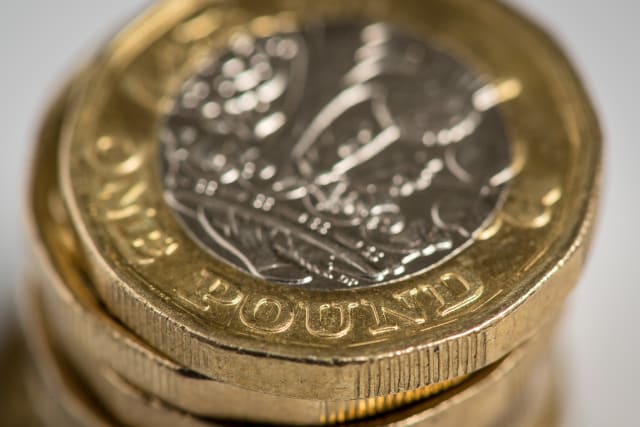 Pound traders have interpreted the plans as increasing the possibility of a no-deal Brexit, weakening sentiment against both the dollar and euro.

Analysts have said the value of the pound will remain under pressure and continue to fluctuate while the future of Brexit is "unclear".

The slide comes after a steady recovery in the currency over the past fortnight, after it hit a two-year low against the dollar.

Since April, the value of the pound has fallen by 6.5% against the US currency as the probability of leaving the EU without a deal increased.

The major London markets actually benefited from the pound's fall, with a significant proportion of earnings from the UK's biggest firms generated overseas.

But domestic-focused sectors, such as housebuilders, have suffered as a result, with Taylor Wimpey, Persimmon and Barratt Developments all slumping more than 2% on Wednesday morning.

Craig Erlan, UK senior market analyst at Oanda, said: "The pound is in freefall this morning after plans emerged to prorogue Parliament and prevent MPs from passing legislation to prevent no-deal.

"Either way, it certainly caught markets off-guard and came at a time when the pound had been recouping some of its losses.

"The FTSE, as ever, is the unintended beneficiary of the plunge in the currency, given that the vast majority of its earnings are generated outside of the UK."

Analysts at investment management firm Brooks MacDonald said: "Sterling's reaction has been for a sharp fall versus both the dollar and euro from already suppressed levels.

"Domestic focused UK stocks have under-performed international peers as the heightened risk of a no-deal secession begins to be priced into markets.

"With the outcome of Brexit remaining volatile and unclear, sterling will remain under pressure and trade within a range that reflects the dual possibilities of a deal and a disruptive exit."