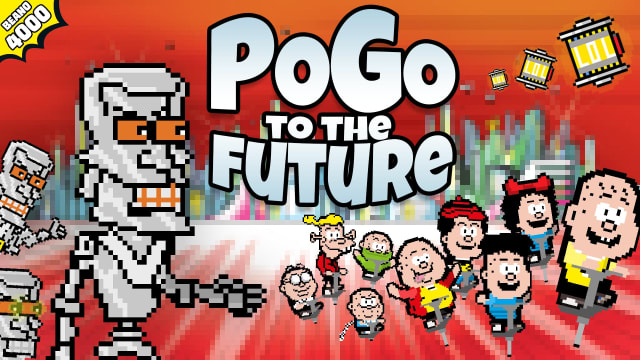 The Beano is celebrating its 4,000th issue with a time travel story where Dennis the Menace has to save Beanotown from grown-ups.

Readers of the popular comic are introduced to a ‘future’ Dennis who travels back to the present day to warn the Beano gang that things are bleak in the year 4000.

Emperor Brown and his Robot Army have taken over the town, and Dennis urges his friends to travel in a time machine and help save their future today.

The Beano, published by DC Thomson in Dundee, first appeared on July 30 1938 and the 4,000th edition will go on sale on Wednesday.

Editor John Anderson said: “What better way to mark Beano’s 4,000th issue than by looking forward to see how our friends are getting on in the year 4000?

“You’ll be pleased to know that 2,000 years hasn’t dimmed their appetite for fun, if anything they’re hungrier than ever. Here’s to the next 4,000 issues!”

Mike Stirling, editorial director of Beano Studios, said: “This very special edition of the comic will become a real collector’s item to be passed down to generations of future fans.

“4,000 consecutive issues are an epic achievement, but it still feels like Beano is new and 100% relevant to each new generation.”