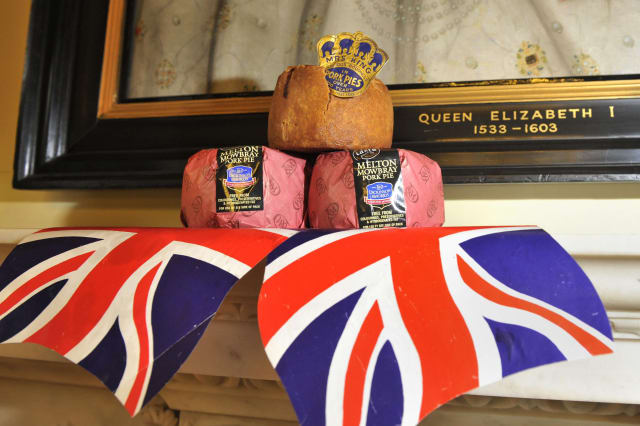 The Prime Minister had claimed Melton Mowbray pork pies are sold in Thailand and Iceland but a trade figure contradicted him.

Officials have defended Prime Minister Boris Johnson's claim that Melton Mowbray pork pies are sold in Thailand and Iceland after it was contradicted by a leading figure in the trade.

Mr Johnson made the claim at the G7 meeting of world leaders as he called for an easing of US trade restrictions on UK products, but the chairman of the Melton Mowbray Pork Pie Association has said the PM is wrong.

Asked if the PM was correct, Matthew O'Callaghan told BBC Radio 4's Today programme: "Not really. With all of these things, it is a little bit of give and take.

"We don't actually export to Thailand or to Iceland."

But UK officials pointed to the example of Walker and Son, a founding member of the Melton Mowbray Pork Pie Association.

Asked if the company sells pies in both Thailand and Iceland, a senior British official said: "It certainly has done so."

Challenged about Mr O'Callaghan's comments, an official said: "Look at his quote very carefully. It says 'not that I'm aware of'.

"He states that it's his knowledge that he is not aware of this fact. He is the chair of an association. I will give you a company that is actually saying that they export them to Thailand and Iceland."

An official added: "He made the point, as we would, that the Prime Minister was talking about a great British product on the world stage and there are going to be a lot more people who are knowledgeable about Melton Mowbray pork pies now.

"The issue that the particular company had faced in the US was around red tape and various food standards particular to the US which made it very, very difficult to get their products in there, but they were able to get them into the other countries that the PM listed."

Officials pointed to published comments from the firm's export executive Henry Bowles, in which he said: "Exports currently account for less than 1% of our annual turnover, with small shipments being sent to Iceland, Thailand, Singapore and the Caribbean."

Mr Johnson used pork pies as an example of the need for the US to change restrictions on British products in the American market.

Mr Johnson said on Saturday: "Of course, I think there is a massive opportunity for Britain but we must understand that it is not all going to be plain sailing.

"There remain very considerable barriers in the US to British businesses which are not widely understood.

"Last night, I had my first opportunity to mention some of these to the president...

"Melton Mowbray pork pies, which are sold in Thailand and in Iceland, are currently unable to enter the US market because of, I don't know, some sort of food and drug administration restriction."