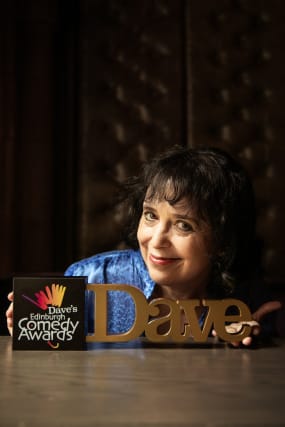 Stephen Fry is set to announce the winners of the Edinburgh Comedy Awards.

The comic and actor, who was the first recipient of the awards with Cambridge Footlights in 1981, will present gongs for the best comedy show and best newcomer at a ceremony in Edinburgh.

He will be joined by last year’s winner of the best show award, New Zealander Rose Matafeo, at the presentation event at Dovecot Studios on Saturday.

Now in their 39th year, the awards celebrate both emerging and established talent at the Edinburgh Festival Fringe, with TV comedy channel Dave taking over the sponsorship this year.

Two sketch show double-acts are up for the best show title for the first time – Chris Cantrill and Amy Gledhill’s The Delightful Sausage is vying against Henry Perryment and Joe Barnes’s Goodbear.

Established Australian performer Demi Lardner, 2017 best newcomer nominee Darren Harriott, Ivo Graham and London Hughes are also up for the award – which comes with a £10,000 prize.

The judges ruled a record 759 shows eligible for the awards this year, and also drew up a shortlist of eight shows for the best newcomer title, which will win £5,000.

“The 2019 newcomer’s shortlist promises an exciting future for comedy. They make us laugh as they examine the issues that matter to millennials through stand-up, songs and sketches.”

Luke Hales, channel director for Dave, said the nominees reflect “the outstanding depth of comedy that the Edinburgh Fringe has to offer”.