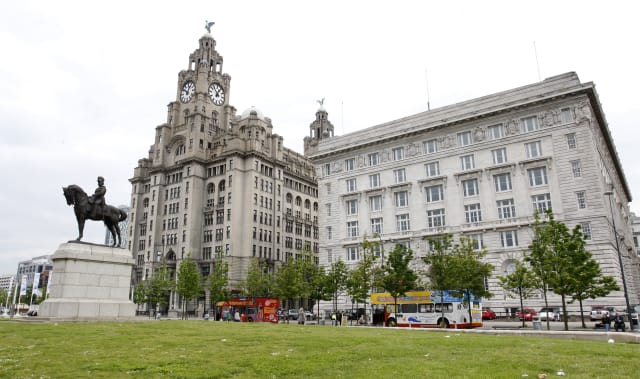 The Government is determined British cities and communities will receive “similar” funding if EU cash is withdrawn after Brexit, the Northern Powerhouse Minister has said.

Jake Berry said British versions of structural funds from the EU would help the UK flourish and there would be new trading opportunities after Brexit.

Speaking in Liverpool on BBC Radio 4’s World at One programme, Mr Berry said there is a “chink of light” in negotiations with the EU.

He said the Government still hopes to get a deal despite “tooling up” its departments for the prospect of a no-deal.

Asked whether he could promise money from the EU will be replaced by the Government, Mr Berry said: “First of all, it is important to note it is not the EU’s money, of course.

“It’s our money that they are top-slicing and then sending some of it back in Liverpool.

“I lived in Liverpool in the 1990s, I know the huge difference it made to this city having Objective 1 status.

“I am determined that this UK-shared prosperity fund, a British version of those structural funds, will support great cities and communities across the north of England in a similar way.”

Mr Berry said it it not the Government’s “preferred route” to leave the EU without a deal and he thinks Boris Johnson is making progress in his negotiations with European leaders.

He said: “The Government has refocused absolutely on no-deal planning but it is really important that your listeners realise that that is not our preferred route.

“Of course, our new Prime Minister Boris Johnson was in Germany and Paris this week and I thought we started to see a crack or a chink of light with Europe softening its stance.”

Mr Berry said it is not in the EU’s interests for the UK to leave without a deal.

He said: “I’m not sure, actually, that they are luring Britain into a trap.

“And that is why this Government is absolutely refocusing, tooling up Government departments to prepare for no-deal, because that is the right thing for Britain.”

Mr Berry went on to say the Government’s “no ifs, no buts” approach is ending uncertainty over Brexit.

He denied a no-deal Brexit would “cut the legs” from under the Northern Powerhouse.

Mr Berry said: “I think Brexit will be good for the Northern Powerhouse because it will enable us to trade on free-trade terms with countries around the globe. It is not about turning our back to Europe.”