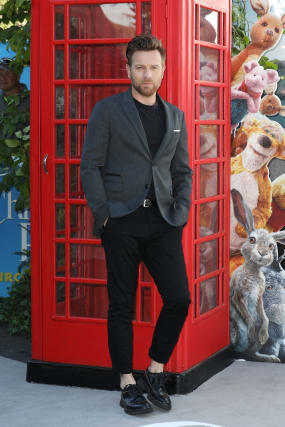 Ewan McGregor is returning to the Star Wars universe and will reprise his role as Obi-Wan Kenobi in a series for Disney’s streaming platform, it has been announced.

The Scottish actor received a rapturous welcome after walking on stage at Disney’s D23 convention in Anaheim, California, to confirm his return as the beloved Jedi.

Lucasfilm boss Kathleen Kennedy said the scripts for the series are already written and production will begin next year.

McGregor, who played Kenobi in three Star Wars prequels from 1999 to 2005, appeared at the end of day one of Disney’s biennial exhibition, which saw the entertainment giant unveiling a string of new series for its upcoming streaming service, Disney Plus.

The presentation saw the debut of the trailer for The Mandalorian, the live-action Star Wars series produced by Jon Favreau and Dave Filoni.

It stars Pedro Pascal, Gina Carano, Carl Weathers and Giancarlo Esposito and takes place after the events of 1983’s The Return Of The Jedi.

The Mandalorian follows the journey of a mysterious bounty hunter and it will arrive on Disney Plus when it launches in November.

Marvel Studios boss Kevin Feige, who has been at the centre of a corporate tussle between Disney and Sony over the Spider-Man films, announced that Marvel is developing three new live-action series.

It was also announced Hilary Duff will be reprising the role of Lizzie McGuire in a revival of the Disney Channel teen comedy.

The sequel will feature the title character as a 30-year-old living in New York.

Duff, 31, said: “I’ve been trying to contain this excitement for a long time while this has been in the works!

“I am beyond excited to be home again, back with my girl.”

Another Disney property making a return is High School Musical.

The new series takes place in a world where the original films exists and sees a high school music group putting on a production of it.

Disney Plus will launch in the US on November 12. No UK release has been announced.