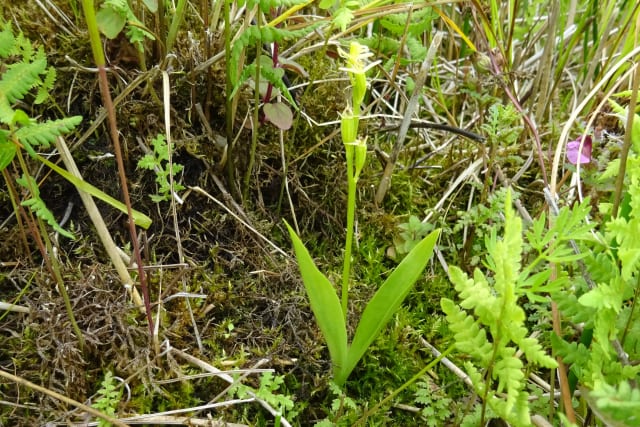 An orchid which is one of Europe’s most endangered wildflowers has come back from the brink of extinction in England and Wales following years of conservation work.

The rare fen orchid, a small plant with pale yellow blooms, is only found growing wild in Britain in two areas, in Kenfig sand dunes in south Wales and in the fens of the Norfolk Broads.

Numbers dwindled to less than 1,400 plants across the two areas as its habitat deteriorated.

But efforts to restore its dune and fen homes, sustained by long-term funding, have seen its fortunes turned around, wildlife charity Plantlife said.

And the conservationists are now hopeful that, in England at least, the plant could be removed from the “red list” of threatened species.

Tim Pankhurst, Plantlife’s conservation manager for the East of England, said: “It’s truly satisfying to see that years of painstaking work are paying off.

“The species has been saved and we have restored the beautiful places where the fen orchid now thrives to their former glory.”

He said getting the habitat right for “flagship” species such as the fen orchid would have benefits across nature.

“The work we do on the individual species massively enhances our understanding of the places where they grow – if they work for difficult, iconic species, they’re going to work for a huge range of other things,” he said.

Fen orchids were once found in eight dune sites along the south Wales coast, but a lack of management meant the dunes became overgrown, with the bare sand disappearing under a mat of vegetation which suffocated the orchid.

But conservation work led by Plantlife to restore the fragile habitat at Kenfig since 2011 has seen a huge revival in numbers of orchids.

In July this year, more than 4,000 orchids were counted – the highest number in 20 years, and so many that volunteers ran out of time to count them all.

Plantlife’s Colin Cheesman, who led the work in south Wales, said: “This result is not just good news for Kenfig, but for other dune sites like Whiteford and Pembrey where we can now introduce similar management in the hopes of bringing back fen orchids.”

In East Anglia, work has gone into restoring the fragile fen habitat, where the orchid – rather than being rooted in the ground – grows perched in clumps of moss that grow on peat or sedge tussocks.

The fens were previously actively managed for “marsh hay” for feed and bedding for horses in towns and cities, until the advent of the car, when land was drained for farming or became derelict and overgrown.

A decade of work to manage the orchids’ three remaining wetland sites in the Broads, and research that has helped rediscover the plant at two former sites, has seen the total population rise to more than 12,000 plants.

In addition, decades of work to restore wetland habitat in Suffolk has allowed the reintroduction of the plant to some of its former sites in the county.

Plantlife said it was early days for the reintroduction scheme but that there were encouraging signs the orchid could thrive in some of its former sites.

Meghan has ‘compromised’ privacy over letter to father, Mail on Sunday claims