The "world's funniest fart" has been revealed by scientists in a specially commissioned study.

The Flatulence Report, for The Beano, has worked out a mathematical formula that was tested for 176 different noises ranging from low to high pitch, short to long, dry to wet and from loud to squeaking.

Components in the formula included a fart's intensity, length, social embarrassment and the number of children present divided by the age and gender of whoever hears it. 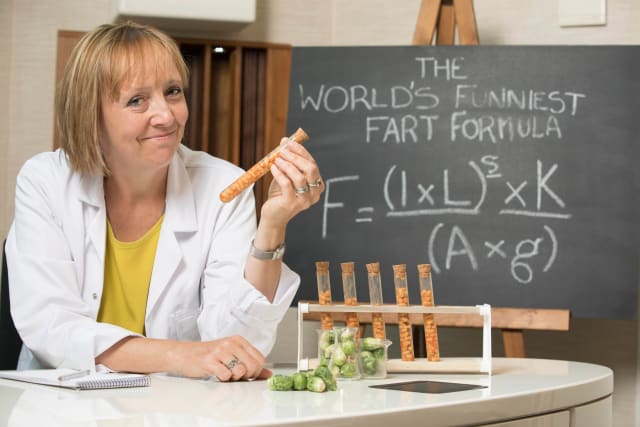 The funniest fart came out on top in a public vote with a mean score of 8.27 out of 10 – also being described as "unfortunate" and "potentially messy".

She said: "The funniest fart is long, loud and ever so slightly wet. This gives it the potential to cause major social embarrassment.

"The research and our formula show how funny farts are. It's as simple as that.

"Anyone who says they've never farted or found a fart funny has pants that are probably on fire."

The study found farts are likely to be found 5% funnier by men than women, with children also finding them 23% funnier than adults.

Young adults in the 18-24 age group were the least amused.

Mike Stirling, editorial director of Beano Studios, said: "We hired some genuine boffins to prove it, by helping us release the funniest fart of all time – you know, for science."