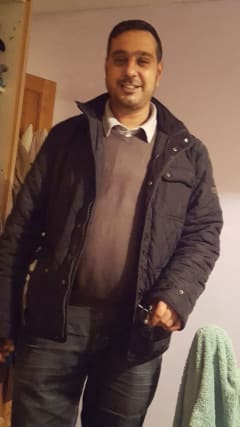 Four men have been jailed for life for the murder of a father-of-four who was subjected to a “vicious, terrifying and sustained attack” with a machete in the street.

Sajed Choudry, 42, suffered horrific injuries, including slash wounds to his ears and his skull being hacked open, when he was attacked near his home in Rhyl Avenue in Blackburn, Lancashire, on November 27 last year amid a feud between two families.

He said: “Anyone who has observed the evidence in this trial as it has unfolded will have been astonished and horrified to learn how a respectable family, leading a constructive and responsible life in the community, allowed itself to so rapidly descend into callous violence and murder, killing one of their neighbours and seriously injuring his son.”

The court heard that the family had been involved in a feud with Mr Choudry’s family since May 2018 and, on the evening of the attack, Sadaqat Ali had initially armed himself with a machete and tried to confront Mr Choudry’s son, Ahsan, 24.

He then went to Ilahi’s home, where the men armed themselves with an axe and sticks.

Rafaqat Ali, Akbar and a boy who cannot be named for legal reasons, also joined them for a confrontation with the Choudrys.

Mr Justice Dove said: “Sajed Choudry and Ahsan Choudry were completely outnumbered by Ali’s group and they were subjected to a vicious, terrifying and sustained attack.

“Sajed Choudry was slashed and chopped by the machete.”

The court heard that Ahsan Choudry tried to escape but was chased and suffered an “appalling injury” to his hand as he tried to fend off the knife.

Members of the Choudry family were in tears in the public gallery as the men were sentenced.

The judge told the defendants: “By your actions you have left a void in this family which will never be filled.”

Sadaqat Ali, of Rhyl Avenue, who was found guilty of murder and attempted murder after a trial, was sentenced to a minimum of 32 years.

The judge said he played the leading role in the attack, which was “undoubtedly planned”.

“Something happened that changed all of that and his previous life and good character.”

Rafaqat Ali and Ilahi, both of Tenby Close, and Akbar, of Cedar Street, were found guilty of murder and wounding with intent following the eight-week trial.

Rafaqat Ali was sentenced to a minimum of 28 years and Ilahi and Akbar were jailed for a minimum term of 20 years.

The youth, who was convicted of manslaughter and wounding, will be sentenced next month.

Saira Ali, 35, and Asma Ali, 34, the wives of Sadaqat and Rafaqat, were cleared earlier in the trial of attempting to pervert the course of justice.