‘Jihadi Jack’ says he was expecting to lose British citizenship

Muslium convert "Jihadi Jack", who fled to Syria to join Islamic State has said he was "expecting" to be stripped of his British citizenship.

It emerged on Sunday that one of Sajid Javid's last acts as Home Secretary was to deprive 24-year-old Jack Letts of his passport. 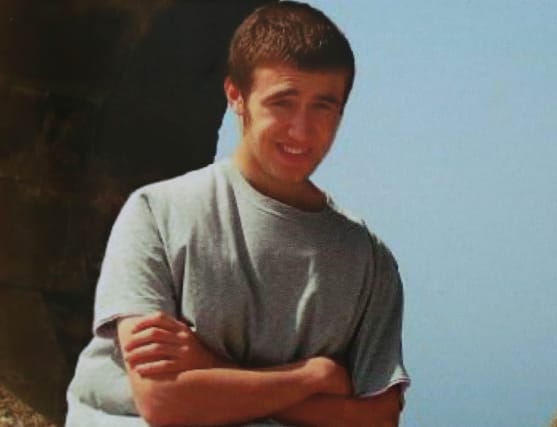 The convert was 18 when he left his Oxfordshire home to join the Islamic State terror group in Syria in 2014.

Letts, who held dual UK-Canadian nationality, was jailed after Kurdish forces captured him as he tried to flee to Turkey in May 2017.

Speaking to ITV News from jail, Letts said he was "not surprised" by the UK Government's decision.

He said: "I'm not surprised, I was expecting something like this to be honest. I've been here for two-and-a-half years and the British Government has not helped me at all.

"Even if they didn't strip me of my citizenship, it's like I'm not a British citizen anyway."

But he added that he did not think losing his citizenship was important.

"Stripping me of British citizenship and not stripping me is the same thing at the end of the day. It's not something I recognise," he said.

"I don't think where you are from is based on a piece of paper. These things have very little meaning to me to be honest. I don't think British citizenship is a big deal."

Letts said he had always considered himself Canadian rather than British, but criticised the country for failing to help him.

"I've always felt that I am Canadian, my dad is Canadian, and I never grew up being accepted as a British person anyway," he said.

"But, in the same way Britain hasn't helped me for 2-and-a-half years, Canada has done nothing. I always thought Canada was a better country, I had this illusion."

He said he hoped that Canada would take him, but accepted that he could well be jailed if he were ever to get there.

But he asked: "If I'm really a Canadian citizen, why haven't they taken me by now?"

When asked if he had anything to say to Boris Johnson, Letts said: "What would I say to him directly?

"I don't know, I don't think he'll see this if I say anything anyway.

"I think Boris Johnson is ridiculous, to be honest, I think most of the British population do.

His parents, John Letts and Sally Lane, said yesterday that the British Government was "shirking responsibility" by revoking their son's citizenship.

Mr Letts, 58, told Channel 4 News: "I thought British citizens had certain rights. I thought we had the right to innocent until proven guilty, the right of a trial, the right of free speech."

Ms Lane, 57, said: "It was a real shock that your Government can do this to you without any form of redress or discussion or way of actually contacting Jack, given that he's being held incommunicado and has no access to a lawyer.

"Jack and other people are now in a legal black hole."

The parents were convicted at the Old Bailey in June of funding terrorism after they sent their son £223 in September 2015.

But they avoided jail after being sentenced to 15 months, suspended for 12 months.

When asked about his parents by ITV, Letts said: "I miss them, I know after two-and-a-half years I've said that so many times. But it's still true."

He said he had "given up hope" of seeing them face-to-face again, but hoped he would be able to speak to them on the phone.

When asked about his legal situation, he said: "I have absolutely no rights. I can't even speak to my mum so how can I speak to a lawyer?"

Letts described his decision to travel to Syria as a "stupid mistake" but insisted he had only gone to fight Bashar Assad's regime.

"I never killed anyone, I never took someone a slave. I only ever fought the Syrian regime which killed one million people," he said.

"I'm not a murderer. I've never tortured anyone. I'm just a person who made a stupid mistake."

Earlier this year, the Government decided to strip 19-year-old Shamima Begum of her citizenship after she was discovered in a refugee camp.

Following the decision to revoke Lett's citizenship, shadow home secretary Diane Abbott said: "Whenever there are reasonable grounds to suspect that someone who is entitled to return to this country has either committed or facilitated acts of terrorism, they should be fully investigated and where appropriate prosecuted.

"We are not in favour of making people stateless, that's a punishment without due process.

"Simply removing citizenship may please ministers, but it isn't justice in any sense.

"Government ministers shouldn't offload Britain's responsibilities to other countries. We have a duty to deal with these cases ourselves, in line with international law."