Warning over facial recognition ‘epidemic’ in the UK 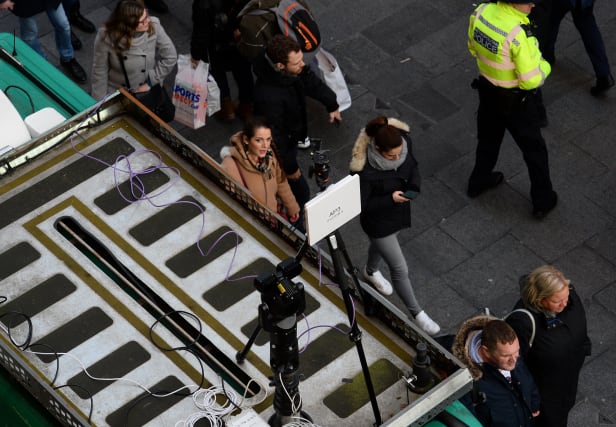 Facial recognition technology has been used in shopping centres, museums and conference centres around the UK, an investigation has claimed.

Civil liberties group Big Brother Watch labelled use of the technology an “epidemic” and said its use on privately owned sites was “deeply disturbing”.

The group said the Meadowhall shopping centre in Sheffield had carried out trials of the technology last year, while the World Museum in Liverpool and Millennium Point conference centre in Birmingham were also named in its investigation as locations where scans had taken place.

On Thursday, the Information Commissioner’s Office announced it would launch its own investigation into the use of facial recognition cameras after it was revealed scanners were being used in the King’s Cross area of London.

The UK’s data and privacy watchdog said it was “deeply concerned about the growing use of facial recognition technology in public spaces” and is seeking “detailed information” about how it is used.

Mayor of London Sadiq Khan said he had written to the chief executive of the King’s Cross development to raise his concerns.

“There is an epidemic of facial recognition in the UK,” she said.

“The collusion between police and private companies in building these surveillance nets around popular spaces is deeply disturbing. Facial recognition is the perfect tool of oppression and the widespread use we’ve found indicates we’re facing a privacy emergency.

“We now know that many millions of innocent people will have had their faces scanned with this surveillance without knowing about it, whether by police or by private companies.”

The group’s investigation reported that the Meadowhall shopping centre carried out a trial last year and the site’s owner British Land also has sites in parts of London including Paddington, Broadgate, Canada Water and Ealing Broadway.

A British Land spokeswoman said: “We do not operate facial recognition at any of our assets.

“However, over a year ago we conducted a short trial at Meadowhall, in conjunction with the police, and all data was deleted immediately after the trial.”

Big Brother Watch claimed it found the World Museum in Liverpool had used facial recognition scanning on visitors to an exhibition on ancient China.

“The idea of a British museum secretly scanning the faces of children visiting an exhibition on the first emperor of China is chilling. There is a dark irony that this authoritarian surveillance tool is rarely seen outside of China,” Ms Carlo said.

“Parliament must follow in the footsteps of legislators in the US and urgently ban this authoritarian surveillance from public spaces.”

Big Brother Watch said it was told by National Museums Liverpool, which operates the World Museum, that it is “testing feasibility of using similar technology in the future”.

Last month, the House of Commons Science and Technology Committee said authorities should cease trials of facial recognition technology until a legal framework is established.

MPs said the lack of legislation calls into question the legal basis of the trials.

In a report on the Government’s approach to biometrics and forensics, the MPs referred to automatic facial recognition testing by the Metropolitan Police and South Wales Police, noting an evaluation of both trials by the Biometrics and Forensics Ethics Group raised questions about accuracy and bias.