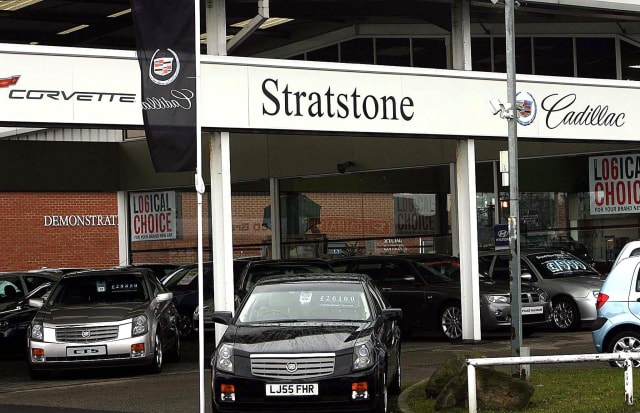 Struggling car dealer Pendragon has continued the sell-off of its US showrooms with the sale of its Chevrolet dealership in Puente Hills, California.

The company, which trades under the Evans Halshaw and Stratstone brands, agreed the sale for £17.2 million to Scott Biehl, the operator of a privately owned dealership.

The Chevrolet dealership sale will also require the approval of General Motors and the car giant can nominate a replacement if bosses are unhappy.

Pendragon added that the business will continue to offload the rest of its US operations and will use the cash to pay down its debt pile – at a time when the company has seen its chief executive quit and sales in the UK have struggled.

In June, it was announced that boss Mark Herbert was driving off into the sunset less than three months after taking the job.

Earlier that same month the car dealer’s shares plunged as it warned the first half would be “significantly” loss-making as it tackled trading woes and a pile-up of unsold used cars.

In addition to what the company has called “internal operational challenges”, it is facing a declining car market.

Rival business Lookers revealed earlier this week that its profits had dropped and comparable new car sales were down.

The latest figures from the Society of Motor Manufacturers and Traders (SMMT) showed demand for new cars fell by 4.1% last month, the weakest July performance since 2012.

Shares in Pendragon were trading almost 4% higher on Friday morning.