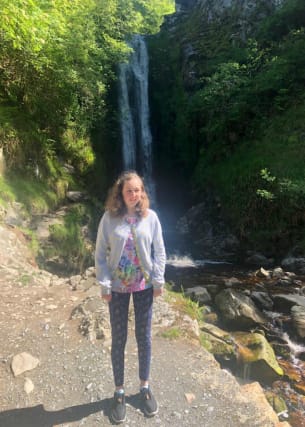 The cause of Nora Quoirin’s death remains unknown as the investigation continues into what happened to the 15-year-old whose body was discovered more than a week after she went missing in Malaysia.

An update on the cause of death had been expected on Wednesday but a post-mortem examination at a hospital in Seremban is ongoing and no further developments are expected until Thursday.

The London teenager – who was born with the brain defect holoprosencephaly and was described by her family as “vulnerable” – disappeared on Sunday August 4.

Her body was discovered on Tuesday beside a small stream about 1.6 miles from the jungle resort of Dusun, where she had been on holiday with her parents and two siblings.

Matthew Searle of the Lucie Blackman Trust, which is supporting Nora’s family, said: “The post-mortem is ongoing, therefore no conclusion has been reached yet.”

A police press conference, due on Wednesday, is now expected to take place at an as-yet unspecified time on Thursday.

Nora’s devastated family have said their “hearts are broken” and paid tribute to her as “the truest, most precious girl”.

They made an emotional statement released through the trust, describing how the teenager, who lived in London and was the daughter of French-Irish parents, had “truly touched the world”.

They said: “Nora is at the heart of our family. She is the truest, most precious girl and we love her infinitely.

“The cruelty of her being taken away is unbearable. Our hearts are broken.”

They offered thanks to those involved in the search for the teenager, adding: “Nora has brought people together, especially from France, Ireland, Britain and Malaysia, united in their love and support for her and her family.”

Hundreds of people were involved in the search operation and it was volunteer helpers who found her body.

Deputy police chief Mazlan Mansor told reporters at a press conference on Tuesday that the body “was not in any clothings” and that the probe was considering all possibilities, including the “angle of criminal investigation”.

He said the body was found in an area that had previously been searched by rescuers.

Mr Searle appealed to people not to speculate about what happened to Nora: “There will be a time for comment but that time is not now. Let the family grieve in peace.”

During the 10-day search the teenager’s parents, Meabh and Sebastien Quoirin, thanked those looking for her, as fundraising pages set up by Nora’s aunt and uncle collected more than £100,000 from well-wishers.

A book of condolence was due to be opened on Wednesday in Belfast, where Mrs Quoirin is from.

The head teacher at Nora’s school in Wandsworth, south-west London, paid tribute to her as “a delight to work with” and said her fellow pupils and others who knew her will be supported at such a difficult time.

“Nora was a delight to work with, and focused very hard on making the best of her abilities.”

Following the confirmation that Nora’s body had been found, Irish premier Leo Varadkar said the situation was “every family’s worst nightmare”.

The French Foreign Ministry also expressed its sincere condolences and said officials stood ready to help Malaysian authorities “so that light can be shed on the circumstances of her death”.

The Quoirins said Nora’s condition meant she was not independent and had difficulty walking.

Describing her as a “very special person”, they said she would not have gone anywhere alone.

Search crews looking for the teenager played her mother’s voice in the dense Malaysian forest near where she disappeared.

Police had said Nora, who was travelling on an Irish passport, was believed to have climbed out of her resort room window.

British and Irish Lions to play on home turf 2021

A Minute Of Kindness: The “Action Nan” Taking On Plastic Waste