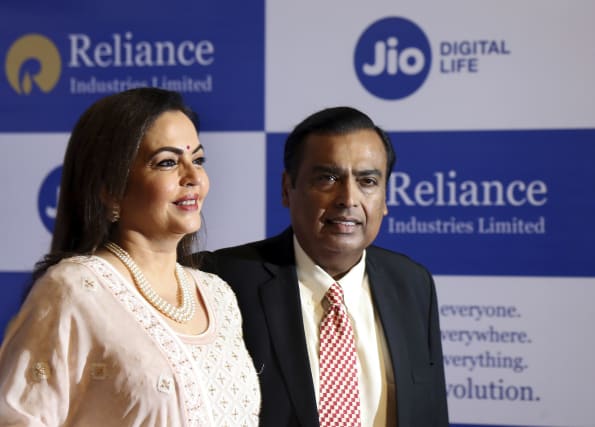 Indian conglomerate Reliance Industries has said it will sell a 20% stake in its oil and chemicals business to Saudi oil giant Aramco at an enterprise value of 75 billion US dollars (£62 billion), which it called the country’s largest foreign direct investment.

Chairman Mukesh Ambani said Aramco will also supply Reliance’s Jamnagar refineries with 700,000 barrels of oil a day on a long-term basis. The refining complex has a capacity to process 1.4 million barrels per day.

He told an annual shareholders’ meeting that Reliance will also sell around half of its fuel retail business to global oil giant BP for 70 billion rupees (£815 million).

Last week, Reliance announced that it was forming a fuel retailing joint venture with BP in which Reliance would own a 51% stake.