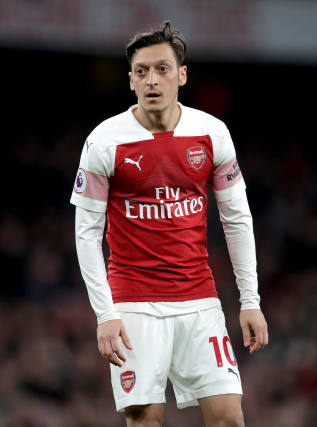 Two men have been charged with a public order offence in connection with a “security incident” involving an Arsenal player.

Ferhat Ercan, of Highgate, and Salaman Ekinci, of Tottenham, are due before magistrates in Highbury next month following an incident in Camden on August 8.

The 27-year-olds were arrested on Thursday and charged on Friday after an incident outside the home of Mesut Ozil.

Arsenal announced on Friday that Ozil and Sead Kolasinac would not be in their squad for Sunday’s Premier League opener at Newcastle due to “further security incidents”.

Both players were targeted by carjackers in north London last month in a separate incident.