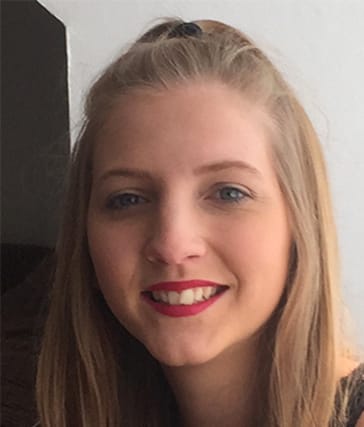 Stalker Michael Lane was arrested over claims he groomed a 14-year-old girl while volunteering as a Scout leader six years before he murdered Shana Grice, it has emerged.

He was never charged or prosecuted over the 2010 incident but police put a marker on his record, according to a report.

It appears the warning note was not taken into account years later in 2016 when Miss Grice first reported him to Sussex Police for repeatedly stalking and harassing her.

Despite the arrest, Lane was allowed back into the Scouts as a volunteer assistant leader in 2015 when records of his previous membership were missed during his application to re-join, the report said.

The then 27-year-old was jailed for life with a minimum term of 25 years in 2017 after slitting Miss Grice’s throat near Brighton, East Sussex, on August 25 2016 and trying to set fire to her body.

A domestic homicide review into the 19-year-old’s death revealed Lane’s past connections with police and the concerns raised over his treatment of women more than half a decade before the killing.

Conducted by the Brighton and Hove Community Safety Partnership and published on Friday, the report – which uses false names for all involved – also details for the first time Lane’s alleged wide-scale predatory behaviour.

It said he used “youth movements, which appealed to young women and girls, to allow him access to victims and to attempt to meet sexual partners”, adding that his behaviour was “largely unreported” until after the murder and so diminishing the chances to stop him.

The report lists him targeting 11 other young girls and women between 2006 and 2016, but none of them reported him to police at the time.

There are accounts of him being “very controlling” in another relationship, bombarding women with explicit texts messages and pictures of himself, pestering them to sleep with him for money, loitering outside their homes, harassing two women he met in a pub and sexually assaulting another.

Police previously confirmed several women came forward to report Lane after the murder but none of the cases resulted in prosecution.

After Lane’s conviction, one of the women, Elle May, spoke out claiming he bothered her over a period of 10 years during which time he sent pictures of her bedroom window and texts saying he was watching her before she saw him parked outside her house.

His behaviour escalated during his brief relationship with Miss Grice, which saw him following her, watching her house, fitting a tracker to her car, badgering her with prank calls and stealing a key to break into her house and watch her sleep.

The pair exchanged some 25,000 messages, which the report said showed “an obsessive and complicated relationship” in which Lane appears to pressure Miss Grice into breaking up with her long-term boyfriend Ashley Cooke.

Domestic homicide reviews scrutinise the actions of authorities who were in contact with people before they died at the hands of a loved one or close acquaintance to prevent future tragedies.

Davina James-Hanman, independent chairwoman of the report, said attitudes to stalking need to change and it is “of concern” young women did not feel they could report concerns immediately.

She called for a cross-Government definition of stalking to be agreed as a “matter of urgency”.

Brighton and Hove City Council, which oversees the safety partnership, said the domestic homicide review identified “valuable lessons” for authorities and highlights the continued need to raise awareness of the dangers of stalking.

On Thursday, the Independent Office of Police Conduct (IOPC) published its final report into police handling of the case of Miss Grice, in which it recommended a ban in the Sussex force on using fixed penalty notices against stalking and harassment victims.

The police watchdog also told chief constables of all forces they should scrap issuing warning notices to stalking suspects. The IOPC felt Police Information Notices were not fit for purpose and tougher action should be taken instead, PA understands.

Sussex Police, the Crown Prosecution Service and the Scout Association have been contacted for comment.

Meghan and Harry warn of ‘global crisis of misinformation’

University applicants unlikely to face ‘tougher competition’ for places in 2021

'Don't put stickers on your ballot': Behind the scenes

‘No known threats of disruptions’ to voting -NYPD