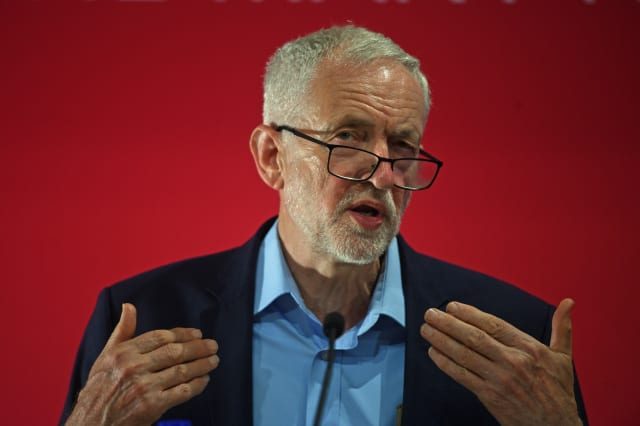 Jeremy Corbyn has called on the Cabinet Secretary Sir Mark Sedwill to rule that Boris Johnson cannot go ahead with a no-deal Brexit if there is a general election, saying it would be an “unprecedented, unconstitutional and anti-democratic abuse of power”.

This comes as the Prime Minister unveils new immigration rules to make it easier for leading scientists to live and work in the UK after Brexit.

There are reports Mr Johnson could seek to hang on long enough to ensure Britain is out of the EU before going to the polls if he is defeated in a vote of confidence when MPs return in September.

As it stands, under the latest extension to the Article 50 withdrawal process by the EU, Britain is due to leave on October 31.

If Mr Johnson is defeated in a no-confidence motion he would have 14 days, under the Fixed Term Parliaments Act, to win another vote of confidence or, if no other government could be formed, face a general election.

In his letter to Sir Mark, Mr Corbyn said such a course of action would be “unprecedented” and “unconstitutional”.

He asked Sir Mark to confirm that if the UK is due to leave the EU without a deal while an election is under way, the Government should seek another time-limited extension to Article 50 to allow the voters to decide.

He wrote: “Forcing through no-deal against a decision of Parliament, and denying the choice to the voters in a general election already under way, would be an unprecedented, unconstitutional and anti-democratic abuse of power by a Prime Minister elected not by the public but by a small number of unrepresentative Conservative Party members.

“A Labour government will never support a no-deal exit, so would of course want the opportunity to take a different view.”

But Brexiteers argue Parliament has already voted to leave the EU, voting to trigger the Article 50 process and passing legislation setting Britain’s withdrawal date for October 31.

Officials said that Sir Mark would be replying to Mr Corbyn, but senior Tories dismissed the Labour leader’s letter as a “political stunt”.

A senior Conservative source said: “Jeremy Corbyn will do anything to get his hand on the keys to number 10.

“No amount of letter-writing political stunts will change the fact that politicians don’t get to choose which public votes they respect.”

The Prime Minister has also sought to address concerns over access to the UK after Brexit, announcing a new fast-track visa route which will be created for foreign scientists coming to the UK.

Unveiling the plans on a visit to the Culham Science Centre in Oxfordshire on Thursday, Mr Johnson said he wanted to ensure the country’s immigration system attracted “the very best minds from around the world”.