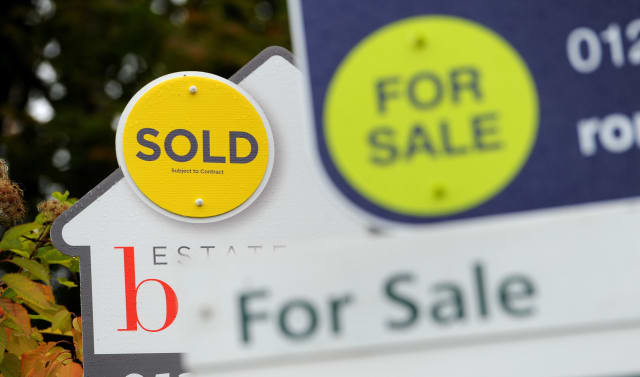 The housing market is “pretty much flatlining” amid growing concerns about Brexit and political uncertainty, according to surveyors.

Top-end homes in particular appear to be facing a more challenging environment, the Royal Institution of Chartered Surveyors’ (Rics) report for July said.

Nearly seven in 10 (69%) property professionals said sales prices are coming in below asking prices for homes marketed at more than £1 million – up from two-thirds (66%) who said this in April.

Meanwhile, asking prices for homes priced at £500,000 or less appear to be holding up more firmly when compared with higher-priced properties.

For properties on the market for up to £500,000, 59% of surveyors reported that sales prices have been at least level with asking prices.

There were also different price trends across the UK, with prices increasing at a “solid pace” in Northern Ireland, Scotland and Wales, Rics said.

By contrast, prices continued to fall in London, the South East and East Anglia.

Overall across the survey, a net balance of 9% of surveyors reported house prices falling rather than increasing.

Surveyors’ expectations for house sales in the next few months were flat, with sentiment around prices also deteriorating, Rics said.

Simon Rubinsohn, Rics chief economist, said: “The latest Rics results will provide little comfort for the market with all the key indicators pretty much flatlining.

“Indeed, the forward-looking metrics on prices and sales also seem to losing momentum as concerns, clearly voiced in the anecdotal feedback, both about Brexit and political uncertainty heighten.”

The report also suggests that rents will be squeezed upwards in the coming months.

Demand for rental homes from tenants picked up in July to the strongest levels seen since late 2016, Rics said.

But, at the same time, the supply of rental homes has been dwindling, with the volume of new properties being listed for rent by landlords decreasing, continuing a long-running trend.