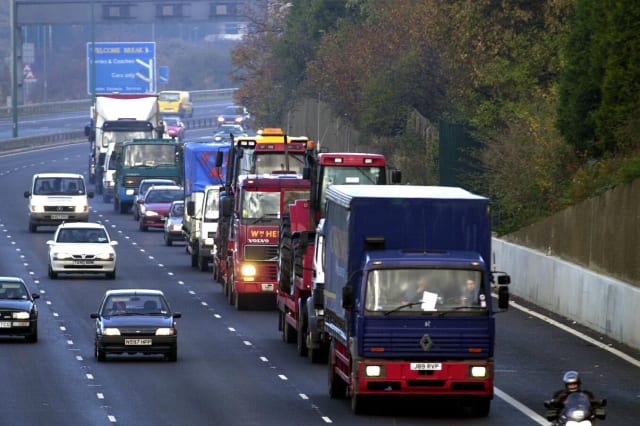 The UK food industry wants aspects of competition law to be set aside to allow firms to coordinate and direct supplies with each other in the event of a no-deal Brexit.

Doing so is illegal, as the law stands, and companies engaging in such practices risk being fined by the Competition and Markets Authority.

The Food and Drink Federation (FDF) said: “We asked for these reassurances at the end of last year. But we’re still waiting.”

The industry says that because of stockpiling for Christmas, leaving the EU in the autumn could pose more difficulties than the original Brexit date last March.

One retailer told the BBC that October 31 “is about the worst day you can pick”, as warehouse capacity is at 105% in November, versus 75-80% in March.

The UK would reportedly need 30 huge empty warehouses to store even a week’s extra food supply.

“In the event of no-deal disruption, if the government wants the food supply chain to work together to tackle likely shortages – to decide where to prioritise shipments – they will have to provide cast-iron written reassurances that competition law will not be strictly applied to those discussions,” FDF’s chief operating officer Tim Rycroft told the BBC.

Another retailer said: “At the extreme, people like me and people from government will have to decide where lorries go to keep food supply chains going. And in that scenario we’d have to work with competitors, and the government would have to suspend competition laws.”

The FDF has a list of 40 questions for the Government on its website, divided into areas such as transports and logistics, imports, exports and financial consequences.