Pets rescued from Whaley Bridge after residents evacuated from homes 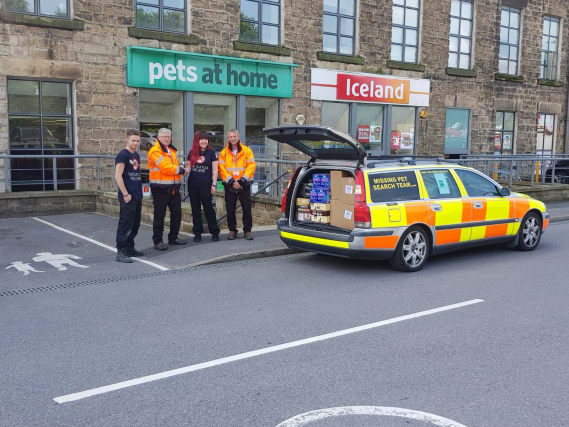 Missing pets organisation Animal Search UK captured, fed and reunited “hundreds” of animals with their owners after Whaley Bridge residents were evacuated from their homes due to flooding.

On Saturday and Sunday, the organisation travelled to the town in Derbyshire to rescue pets that had been left behind in the evacuation process.

Animal Search UK said: “During this weekend there was a serious risk to life for residents in the Whaley Bridge area, but their pets had been left behind in the rush to evacuate.

“One of our specialist teams arrived, and on Saturday morning they began numerous trips into the ‘danger zone’ behind police cordons to capture, feed and rescue abandoned pets.”

The organisation said that close to a thousand calls came in from Whaley Bridge residents asking for or offering help.

One pet rescued and reunited with owners was Joey the cockatiel, who had escaped from his cage as his owners were evacuating their home.

Animal Search UK said: “Our highly trained call handlers in the office received a call on Friday afternoon from a very upset owner, who had been evacuated whilst they were at work. This meant that their hamster and cockatiel were left alone in the house without much food or fresh water.

“The owners were given their 15-minute access time, to go and retrieve their pets but sadly Joey, their cockatiel, had escaped from his cage and was flying around frantically.”

Animal Search UK said that people looking to help residents of Whaley Bridge can temporarily house cats until they can return home safely.

The organisation said: “The teams conducted 15-minute missions into the area which was at serious risk of complete devastation.

“Due to the teamwork between Glossop Police, Pets at Home, the RSPCA, residents and ourselves we were able to assist in reuniting or feeding hundreds of pets with their owners.

“We encourage all pets still missing to be reported for free on our website.”

More than 1,500 people have been evacuated from the town since Thursday following heavy rain, although a small number refused to leave their homes despite fears of the damaged dam at Toddbrook Reservoir bursting.

Twenty residents, including a “small number” who were initially evacuated but have since returned to their homes, remain in 16 properties in the evacuation zone.

Residents who were evacuated are today hoping to learn when they may be able to return to their homes.

The authorities are hopeful inspections can take place at Toddbrook Reservoir on Tuesday, with a public meeting called at 5pm.