Mother of murdered midwifery student pleads for her body back 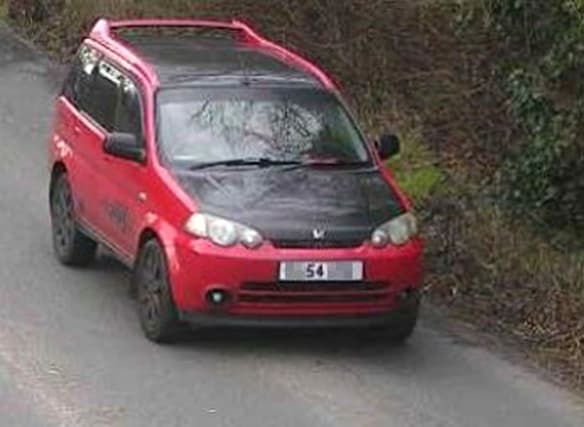 The mother of a murdered midwifery student has pleaded with her daughter’s killer to reveal the location of her body.

Married father Shohfah-El Israel, 40, was jailed for life on Monday after he was found guilty of murdering 20-year-old Joy Morgan, who went to his church.

Her body has never been recovered, despite extensive police searches of hundreds of acres of land in Hertfordshire.

Speaking outside Reading Crown Court, Ms Morgan’s mother Carol said: “Give me my baby back, he knows where she is.

“The way I hear it he was besotted with her… if he loved her give her back up to us so I can bury my daughter.

“If I get to see her before I die I’ll be very grateful.”

Israel, whose birth name is Ajibola Shogbamimu, was told he must serve at least 17 years in prison after he was convicted of murdering Ms Morgan after spending time alone with her – against strict church rules – in December.

Judge Michael Soole told him: “Only you know the circumstances of your terrible deed and why you did it.

“The court has heard the most moving personal statement from Joy’s mother Carol Morgan, which speaks of Joy’s warm, loving and caring personality and character.

“On top of all this must be the very particular and continuing distress and suffering which flows from your cruel and cowardly silence about Joy Morgan’s final resting place.”

Israel lied to police when he was arrested, saying he had dropped Ms Morgan off at her student accommodation in Hatfield after a celebratory dinner at the American-founded Israel United in Christ Church they attended in Ilford, east London, on December 26.

He later admitted he had spent two nights alone with the University of Hertfordshire student in his Cricklewood flat in north-west London.

But he claimed his lies were due to concerns about having broken church rules banning women from being alone with men other than their husbands.

From the witness box Israel told the jury that Ms Morgan – who he denied having sex with, claiming he saw her as a daughter – had told him she wanted to leave the church.

Prosecutor Mark Fenhalls QC previously told the court during the four-week trial that Israel was “one of those people who lies whenever he thinks he can get away with it”.

He added: “The Crown says he is a thoroughly dishonest and manipulative man.”

Despite the image he presented of being an upstanding married member of the church he had in fact been using chat-up manuals, in some cases quoting directly from them, during his exchanges with the women concerned.

Despite church members saying they were surprised at her apparent departure, they did not report her missing.

It was her mother, who is not a member of the church, who reported her disappearance to police on February 7, six weeks after she was last seen.

Detective Inspector Justine Jenkins, from Hertfordshire Police, said: “Joy’s family have been through the most unimaginable turmoil and continue to do so and have missed poignant milestones such as her 21st birthday and her final year of university.

“I would like to commend their bravery in attending the trial and their determination to try and find Joy.

“While the trial has concluded, I would like to remind the public that Joy’s body has not been found yet and anyone with information should still get in touch with us so that we can help give Joy’s family some closure.”