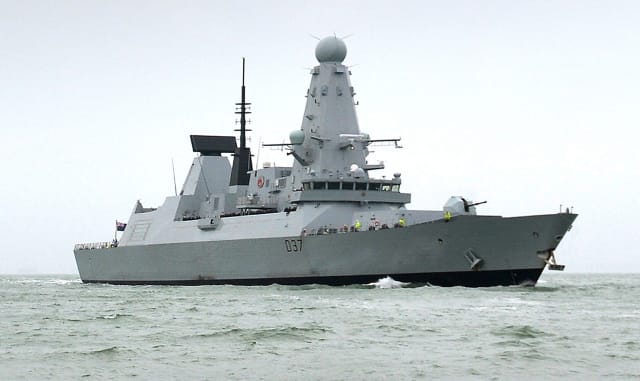 Britain is to join a US-led maritime security mission protecting international shipping in the Gulf, the Ministry of Defence has said.

The Royal Navy will work with the US Navy in accompanying merchant shipping through the Strait of Hormuz.

The move follows the seizure last month of the British-flagged tanker Stena Impero by Iranian Republican Guards in retaliation for the detention of an Iranian tanker off Gibraltar.

Previous foreign secretary Jeremy Hunt had said the UK was seeking to form a European-led mission to safeguard shipping in the region.

He said while it would be “complementary” to US efforts, it would remain distinct from the American policy of exerting “maximum pressure” on Tehran following President Donald Trump’s withdrawal from the international Iran nuclear deal.

Mr Hunt’s successor, Dominic Raab, insisted the decision now to join the US did not represent a shift in UK policy on the nuclear deal – which the UK along with the other European signatories continues to support.

“Our aim is to build the broadest international support to uphold freedom of navigation in the region, as protected under international law,” he said.

“Our approach to Iran hasn’t changed. We remain committed to working with Iran and our international partners to de-escalate the situation and maintain the nuclear deal.”

British officials still hope it will be possible to put together a wider mission which will “transition” to a European-led operation.

The Ministry of Defence said that for now the mission would largely draw on existing assets in the region including Type 45 destroyer HMS Duncan and Type 23 frigate HMS Montrose.

The US, which has been building up forces in the region, has also committed two warships specifically to the mission as well as aerial surveillance.

Defence Secretary Ben Wallace said: “The UK is determined to ensure her shipping is protected from unlawful threats and for that reason we have today joined the new maritime security mission in the Gulf.

“Upholding international maritime law and freedom of passage is in all our interests. We are seeing, across our seas and oceans, too many incidents that seek to challenge such freedoms.

“The deployment of Royal Navy assets is a sign of our commitment to our UK-flagged vessels and we look forward to working alongside the US and others to find an international solution to the problems in the Strait of Hormuz.”

Since it began escorting UK-flagged vessels last month, the Royal Navy has conducted 47 “group accompaniments” through the Strait of Hormuz.

Tensions in the region have been rising in the wake of the Trump administration’s decision to reimpose sanctions on Iran following its abandonment of the nuclear deal.

Tehran has been seeking to put pressure on the other international signatories to get the Americans to lift their stranglehold which has been crippling the economy.

It has lead to a series of incidents including the shooting down of a US drone, prompting Mr Trump to order US air strikes on Iran only to call them off at the last minute.

In the latest incident, the Iranians were reported to have seized an Iraqi tanker in the Gulf for smuggling fuel to other Arab states.

Iraq’s oil ministry said it had no connection to the vessel and that was working to establish what had happened.