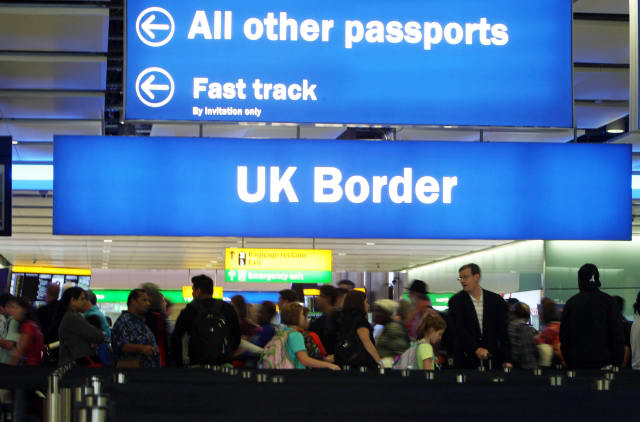 Scottish Secretary Alister Jack has said the UK Government’s proposed £30,000 salary threshold for EU migrants is too high and should be lowered.

The figure, set out in the Government’s White Paper on immigration published in December, would mean EU workers would have to earn a minimum salary of £30,000 when entering the UK.

It is the same threshold currently set for non-EU citizens working in Britain.

However, concerns have been raised over the threshold being set well above the average salary in different parts of the UK – including in Scotland where it is around £24,000.

Speaking to ITV News, Mr Jack said he would urge Home Secretary Priti Patel to agree to lower the threshold.

“I am feeding into the review and my belief is that £30,000 is too high. It might work in London but it doesn’t work outside London,” said Mr Jack.

“I don’t think a solution that’s done by geography or by sector is right because you’ll always forget an area or you’ll forget a sector.

The Scottish Government has previously voiced its support for Scotland to have a separate immigration system to that of the UK in order to better meet workforce needs in the country.

In June, the Scottish Conservatives also called for a more flexible approach to be taken in order to recognise the needs of Scotland’s economy after the UK leaves the European Union.