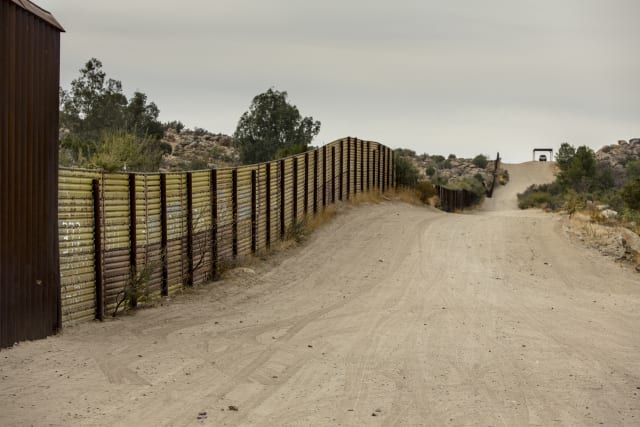 Seesaws have been constructed on the border wall between the United States and Mexico encouraging children in the two countries to play together.

The event was the brainchild of two professors of architecture and design, who came up with the idea back in 2009 as a way to represent the fact that “actions that take place on one side have a direct consequence on the other side”.

Ten years later, Ronald Rael, professor of architecture at the University of California, Berkeley, and Virginia San Fratello, associate professor of interior design at San Jose University, were present as their concept was brought to life at a section of the wall near Juarez and El Paso on Sunday.

Writing on Instagram, Mr Rael said: “One of the most incredible experiences of my and @vasfsf’s career bringing to life the conceptual drawings of the Teetertotter Wall from 2009 in an event filled with joy, excitement, and togetherness at the borderwall.

“The wall became a literal fulcrum for U.S. – Mexico relations and children and adults were connected in meaningful ways on both sides with the recognition that the actions that take place on one side have a direct consequence on the other side.”

The seesaws, which used part of the wall as a fulcrum, were created as a temporary installation at the border, constructed in a metal workshop in Juarez and designed to be narrow enough to fit through the slats in the wall.

The designers worked with Colectivo Chopeke, a Juarez-based group whose aim is to bring communities together through design, to bring the project to life, and got locals from El Paso in Texas and Anapra in Mexico to take part.

When the idea was conceived as the Teetertotter Wall, the concept was intended to illustrate “a story of trade and labour imbalances”, but recent political events have thrown a different light on it.

In an email, Ms San Fratello told the Press Association: “The Seesaw demonstrates how those immediate relationships between people can create an environment where happiness and play are also important aspects of life on the border and that our relationships with our neighbours can extend past political relationships but also humanistic relationships.

“This is incredibly important at a time when relationships between people on both sides are being severed by the wall and the politics of the wall.

“The wall, and the unfortunate politics of the wall, not only separate countries, but regions, cities, neighbourhoods, families, and more recently, a separation of children from their parents.”