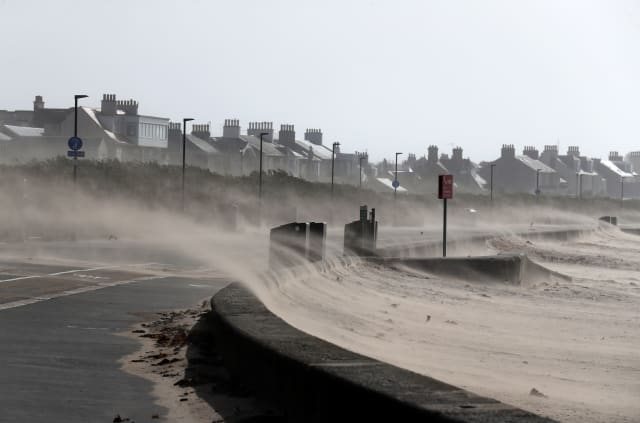 Members of the public are being asked to send in their suggestions for names for next season’s storms.

The “name our storms” scheme was first introduced by the UK’s Met Office and Ireland’s Met Eireann in 2015 to raise awareness of severe weather – prompting more than 10,000 name suggestions.

With the scheme now in its fifth year, the organisations have again issued a call for people in the UK and Ireland to send in name suggestions via social media and email.

This year, the Met Office and Met Eireann have been joined in the scheme by the Dutch national weather forecasting service KNMI, and a new list of names for the 2019/2020 season will be announced in early September.

Derrick Ryall, from the Met Office, said: “In addition to Met Office weather warnings, the storm-naming scheme has been proved to raise awareness of severe weather in the UK, providing a consistent message to the public and crucially helping people to make better decisions so they can stay safe and thrive.”

As this year’s scheme launched, StormyMcStormface was quick to surface as an option, with the Met Office including it in a tweet inviting suggestions.

But the names selected are set to go through the alphabet, with alternate male and female names that reflect both the UK and Ireland, skipping Q, U, X, Y and Z to comply with international storm-naming conventions.

Storms are named when they are deemed to have the potential to cause a substantial impact in the UK and/or Ireland.

The first ever named storm under the scheme was Abigail, which hit parts of Scotland in November 2015.

As the UK sweltered in record-breaking temperatures last week, there were calls to name heatwaves in the same way as storms to raise awareness of the dangers of extreme hot spells and help people take action to protect themselves.

Loads of sun cream but no bread: The new normal for UK supermarkets