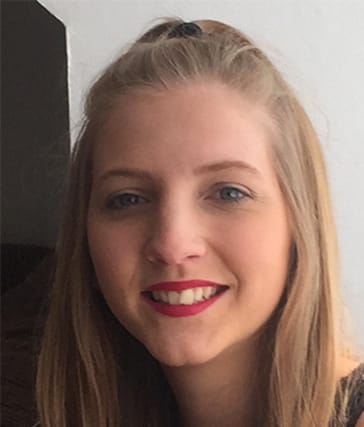 A police officer who retired after being implicated in the Shana Grice scandal has defended the decision to fine the teenager for wasting police time, weeks before she was murdered by her former boyfriend.

Trevor Godfrey, who left Sussex Police after nearly 29 years’ service at the end of 2017, told a misconduct panel that issuing Ms Grice with a fixed penalty notice after she complained about being harassed by ex-partner Michael Lane was the “lenient option”.

Ms Grice, 19, was murdered at her home in Brighton on August 25 2016. She had reported her former boyfriend to police five times in six months but was fined for wasting officers’ time after it emerged she initially failed to disclose the pair had previously been in a relationship.

The case was closed before her pleas for help were properly investigated.

Giving evidence to the panel in Lewes on Monday, Mr Godfrey said it was “a bit of a bombshell” when Lane told him after being arrested in March 2016 on suspicion of a minor assault against Ms Grice that the pair had actually been in a sexual relationship for several months – and that the reason he was in an alleyway next to her home in February 2016, after previously being warned by police to stay away from her, is because he was summoned there by Ms Grice.

The hearing was told Mr Godfrey later informed Ms Grice, during a phone call lasting less than a minute-and-a-half, that her evidence of being harassed by Lane was discredited.

Mr Godfrey is the subject of a misconduct hearing after being accused of failing to adequately investigate allegations of harassment and stalking, and of failing to comply with Sussex Police policies regarding domestic abuse.

James Berry, presenting the case against Mr Godfrey, accused the former police officer of leaving Ms Grice with the “clear impression” that she was wasting police time and had committed a criminal offence.

Mr Godfrey replied: “Absolutely, she did waste my time. I arrested someone (Lane) as a result of her evidence on a false allegation.

“She had committed a criminal offence – I don’t get what you’re trying to get at here.”

Asked by his own counsel Michael Aldred about the case, Mr Godfrey added: “I took the lenient view that a warning was sufficient.

“The fixed penalty notice for wasting police time – that was not my decision. His (the inspector’s) decision, which I don’t disagree with, was that she should not be able to get away with making false statements.”

Mr Godfrey told the hearing how his only involvement with Ms Grice was when police were called in March 2016 after Lane pulled Miss Grice’s hair and tried to grab her mobile phone.

No further action was taken against Lane, but Ms Grice was issued with a £90 fixed penalty notice for failing to disclose she had been in a relationship with the older man, and for “having caused wasteful employment of police by making a false report”.

A judge later said police “jumped to conclusions” and “stereotyped” Miss Grice for not thinking a woman in a relationship could not also be abused by that partner.

Her family – who were present at the misconduct hearing – said the murder could have been prevented if officers had taken their daughter’s complaints seriously. Lane was subsequently jailed for a minimum of 25 years.

The hearing, which eventually got under way on Monday afternoon after an application from Mr Godfrey’s legal team to remove some of the allegations were dismissed by the misconduct panel, is due to resume on Tuesday.

Police officers can lose access to their pensions if misconduct allegations are proven.