Selfridges opens Christmas shop 149 days ahead of the big day 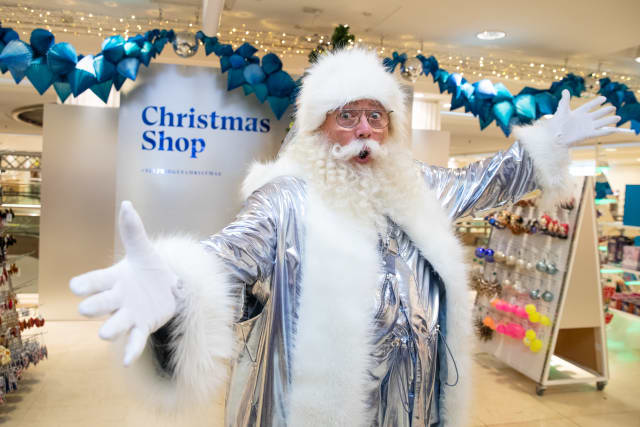 Selfridges has opened its Christmas shop for those who want to recover from the heatwave with some wintry cheer.

The department store has proudly claimed it is again the first in the world to unveil its Christmas section, a record 149 days ahead of the event itself.

Shelves are already heaving with Christmas baubles ranging from a £6 lurex glass style to a £45 Santa on a motorcycle.

From September 2 shoppers will be able to splash out on a £95 crown tree topper in gold velvet.

Other than baubles, the store is stocking a £100 30cm-tall Santa Yoga figurine, and from September a £2,000 pre-lit Bedminster fake Christmas tree.

Eleanor Gregory, Selfridges Christmas and home buyer, said: "We have so many customers visiting from all over the world, eager to snap up festive decorations and souvenirs on their London summer holidays which they can't buy at home.

"Our summer Christmas shop launch simply addresses the growing demand for convenience Christmas shopping outside the traditional Christmas season from many of our customers. They include a large number of domestic customers who love to Christmas shop very early in the year to get it wrapped and taken off their to-do list."

The Christmas shop launching on Monday is at the London store with the range also available online.