Mother of twins who died in hot car defends husband: 'He is a good person' 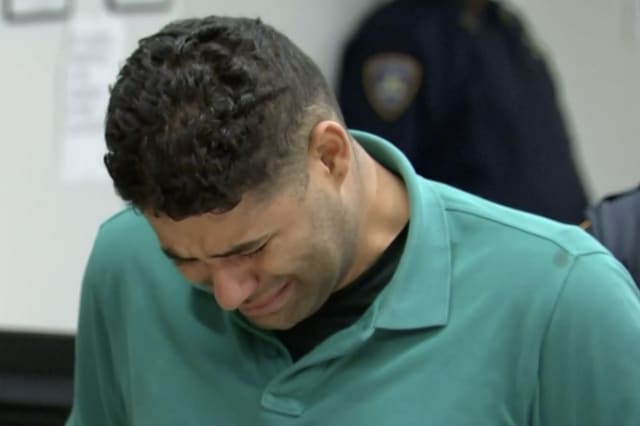 The grieving mother of a pair of one-year-old twins who police say died after their father accidentally forgot them in a hot car has spoken out to defend her husband.

"Though I am hurting more than I ever imagined possible, I still love my husband," Marissa Rodriguez told newsoutlets in a written statement. "He is a good person and great father and I know he would've never done anything to hurt our children intentionally."

I’m working the Sunday shift and writing about the heartbreaking story of twins who died in a hot car in New York.
Their father said he forgot they were in the car.
Here is the statement from their mother Marissa A. Rodriguez: pic.twitter.com/OkWVCxqIm1

Juan Rodriguez, who's identified as a licensed clinical social worker and Iraq War veteran, allegedly forgot twins Phoenix and Luna inside his hot car while completing an eight-hour shift at James J. Peters VA Medical Centre in the Bronx. The twins were found lifeless around 4 p.m. Friday with their body temperatures measured at 108 degrees, according to the Office of the Chief Medical Examiner.

"I assumed I dropped them off at daycare before I went to work," Rodriguez told police at the scene, according to court documents obtained by ABC News. "I blanked out. My babies are dead; I killed my babies."

Rodriguez sobbed in a New York City courtroom Saturday as he pleaded not guilty to charges of manslaughter and criminally negligent homicide in the twins' deaths. He was released on $100k (£81.5k) bond that day, according to the New York Post.

'I know he will never forgive himself for this mistake'

Marissa Rodriguez said in her statement that she and her husband need privacy to grieve and "be present for our other children." CBS reported that Juan Rodriguez has three other children, including a 4-year-old he dropped off at a different day care that morning.

"I will never get over this loss and I know he will never forgive himself for this mistake," Rodriguez's statement said. "This was a horrific accident, and I need him by my side to go through this together."

There have been 23 deaths so far this year of children who were left in hot cars, according to the nonprofit Kids And Cars. The annual national average is 38 deaths, 55% of which stem from the person responsible unknowingly leaving the child in the car, the organisation's website states.