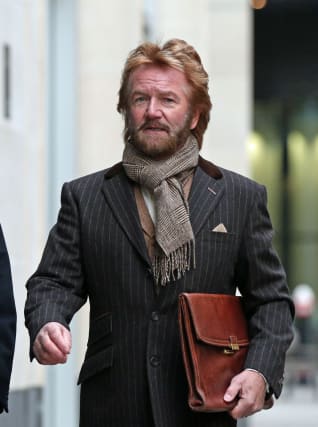 Noel Edmonds and Lloyds Banking Group have come to a financial agreement worth a reported £5 million following a battle over allegations of criminal activity.

The former Deal Or No Deal presenter has received an apology from the group for the “distress” he suffered over the HBOS Reading fraud.

Edmonds, 70, pursued Lloyds for losses suffered when his former business Unique Group was destroyed because of the fraud.

The Daily Mail has reported that Edmonds is thought to have received around £5 million from the bank, although Lloyds would not disclose financial details.

“Lloyds Banking Group very much regrets and apologises for the distress suffered by Mr Edmonds as a result of the HBOS Reading fraud.

“Both parties will continue to assist the ongoing Thames Valley police investigation into matters relating to Unique Group and HBOS Reading.

“Both parties also agree to place their trust in the independent inquiry chaired by Dame Linda Dobbs, which is considering whether issues relating to HBOS Reading were properly investigated and appropriately reported to the relevant authorities by LBG, following its acquisition of HBOS in 2009.”

Corrupt financiers from the Reading branch were jailed in 2017 for the £245 million loans scam, which destroyed several small businesses and saw the criminals squander the profits on high-end prostitutes and luxury holidays.

Lloyds rescued HBOS at the height of the financial crisis and the Reading scandal has loomed large over the bank.

They set aside £100 million for victims of the fraud at the hands of HBOS Reading staff between 2003 and 2007.

Dame Linda is investigating whether the HBOS Reading fraud was properly investigated and reported to authorities by Lloyds following its acquisition of the banking group, and whether any individuals at the bank sought to cover up or repress information.

One of the most high-profile victims was Noel’s House Party star Edmonds, who took action against the bank, saying last year that they will “have to pay up”.

He initially sought a compensation claim of more than £60 million.

Edmonds previously revealed that, in 2005, as a result of his financial situation at the hands of the corrupt HBOS financiers, he considered taking his own life.

He told PA in 2017: “Until these criminals took me to the brink of emotional annihilation, I had always felt those who opt out by taking their own lives were selfish and cowardly.

“But having been cast into that bottomless dark space devoid of logic and reason, I have a much deeper understanding of life without hope.

“I seek no sympathy and feel no shame in admitting that on the evening of January 18 2005 I attempted to end the overwhelming mental pain which had consumed my whole being.

“The fact that I did not become another suicide statistic is solely due to the swift response of a Devon ambulance crew and the compassionate support of the Priory in Bristol.”

As part of Edmonds’ public campaign against the bank, he set up a website decrying Lloyds and its chief executive Antonio Horta-Osorio.