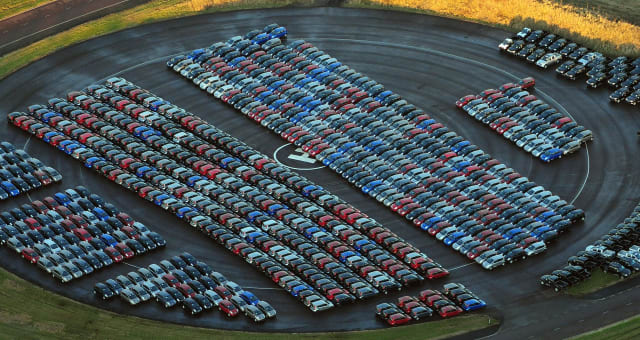 Boris Johnson has been warned that a no-deal Brexit poses an “existential threat” to the car manufacturing industry in the UK.

The Society of Motor Manufacturers and Traders (SMMT) has written to the new Prime Minister warning that a deal-less exit could cost hundreds of thousands of jobs and create a hole in the economy.

Mr Johnson has pledged to exit the European Union by the October 31 deadline “no ifs, no buts”, even if he fails to secure a new deal with the bloc.

SMMT chief executive Mike Hawes warned the Tory leader on Friday about the threat no-deal poses, praising the industry’s employment numbers and saying it contributes £18.6 billion to the economy.

“We cannot, however, continue to deliver these benefits, or take advantage of new opportunities, if the UK leaves the EU without a deal.

“A no-deal Brexit presents an existential threat to our industry,” he wrote.

“We are highly integrated with Europe, and a no-deal Brexit would result in huge tariff costs and disruption that would threaten production, as well as further undermining international investors’ confidence in the UK.

“We need a deal with the EU that secures frictionless and tariff free trade. No-deal Brexit is simply not an option.”

Mr Johnson has pledged to get a new Withdrawal Agreement from Brussels, but has committed to ramping up no-deal preparations.

However, European Commission president Jean-Claude Juncker has told the PM that the existing agreement was “the best and only” one possible.