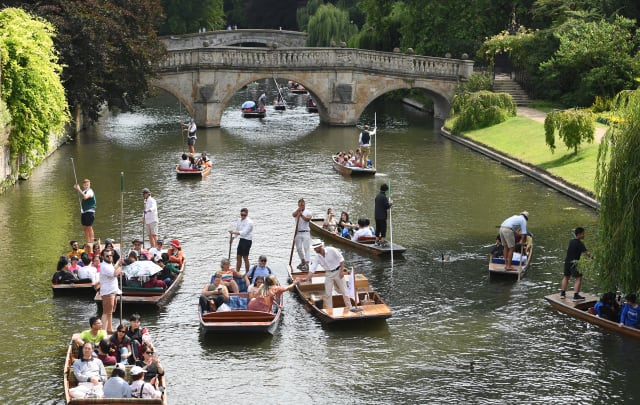 Police officers searching for swimmers who went missing during the UK’s heatwave have found three bodies.

The body of a man was pulled from the River Thames at around 4.30pm on Wednesday, Scotland Yard said.

A search was launched after a 47-year-old reportedly entered the water in Kingston, south west London, and began swimming on Tuesday evening.

It comes after a body, believed to be a 23-year-old man who vanished while swimming in the Thames at Shadwell Basin on Tuesday, was recovered on Wednesday morning.

Separately, a body was found on Tuesday evening in the search for a man in his 20s from Wiltshire, who went missing in the lake at Cotswold Water Park, Gloucestershire Constabulary said.

As temperatures soar across the country, emergency services warned the public to take precautions during the extreme heat and highlighted the risks of cooling off in the sea, lakes and rivers.

Inspector Stuart Simpson, from the Metropolitan Police’s Marine Policing Unit, said: “Whilst at times, the Thames may look appealing, especially in this hot weather, it remains very dangerous all year round.

“On initial entry, the water can seem warm on the surface, but further in it can be freezing cold and there are often very strong undercurrents.

“The initial shock of the cold water is often what leads to people going subsurface and subsequently drowning.”

The UK is bracing itself for what could be its hottest ever day after overnight lightning storms triggered fires and rail disruption.

According to the Met Office, there is a 70% chance the mercury could rise above the current all-time temperature record of 38.5C on Thursday.

Conditions could reach 39C in southern and eastern England, it tweeted.

With temperatures topping 30C in the South East on Wednesday, Network Rail has warned train speed restrictions may be introduced in areas where tracks are at risk of buckling.

The Rail Delivery Group, which represents the industry, advised passengers in London and the South East to consider changing their travel plans on Thursday because of the expected heat.

Director of nations and regions Robert Nisbet said on behalf of train operators and Network Rail: “This week could see record-breaking hot weather for Britain.

“While train operators and Network Rail are working together to minimise disruption, we ask passengers to check before they travel and consider travelling earlier on Thursday if possible.

“We also ask people travelling by train to carry a water bottle and if they feel unwell, get off at the next stop where a member of staff will be happy to help.”

Large swathes of the country experienced storms and lightning strikes in the early hours of Wednesday.

On Wednesday, the Met Office said the temperature hit 33.7C at Cavendish in Suffolk and reached 33.5C in Writtle, Essex.

Met Office spokeswoman Nicola Maxey predicted it would be a “dry, sunny day, generally very warm, but very hot for parts of the East and South East”.

“Generally a good day everywhere once the thunderstorms have pushed out to the North East,” she added.

The Met Office issued a yellow warning for scattered thunderstorms covering the east of the country from Scotland down to London from 3pm on Thursday and into early Friday morning.

It warned that flooding and lightning strikes could affect driving conditions, disrupt train services and lead to power cuts.

Ms Maxey said the highest overnight average temperature (between 9pm and 9am) ever seen in the UK was 23.3C at St James’s Park in July 1948, and there is a possibility this will be beaten this week.

The average daytime temperature for the UK in July is 19C, which is already being exceeded by evening conditions this month.

On Tuesday night into Wednesday, the mercury hit 21C at St James’s Park.

The hottest ever temperature for July was recorded at 36.7C at Heathrow on July 1 2015.