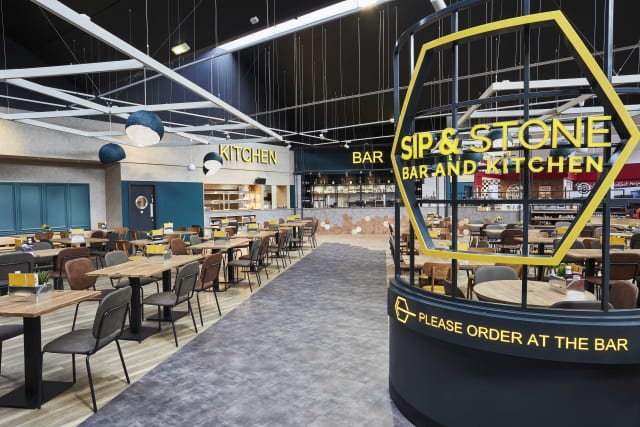 The owners of Upper Crust and Caffe Ritazza has revealed that sales have been hit by the continued grounding of Boeing’s Max 737 planes, with passengers being moved away from terminals.

The planes were grounded worldwide in March by airlines and regulators following two crashes and concerns over safety features, leading to widespread disruption.

But SSP, which also operates travel sites for Burger King and recently bought Jamie’s Italian restaurant at Gatwick Airport, said overall sales were up in the three months to June 30.

The company also benefited from the falling pound thanks to its large international base, as foreign currency collected overseas is subsequently converted into sterling.

In the UK, bosses said sales in airports had been stronger compared with its stores in railway stations, and, in the rest of Europe, sales struggled in Spain and Nordic countries due to refurbishment work at airports.

On the impact from Boeing, SSP said the US and Canada were particularly hard-hit.

It said: “In North America, like-for-like sales growth was driven by increasing passenger numbers, although some of our airports have been impacted by the grounding of Boeing Max 737 aircraft and the transfer of passengers away from our terminals.”

Elsewhere, there was strong growth in Egypt and the Middle East, but slower business in China and India – particularly in the latter region following the collapse of the country’s Jet Airways in April.

For the nine-month period to June 30 sales rose by 7.6% and bosses predict full-year results will be in line with expectations.

On the falling pound, which hit two-year lows against the dollar this week, the company said: “If the current … rates were to continue for the rest of 2019, we would expect a slightly positive effect for the full year of around 0.5%.”