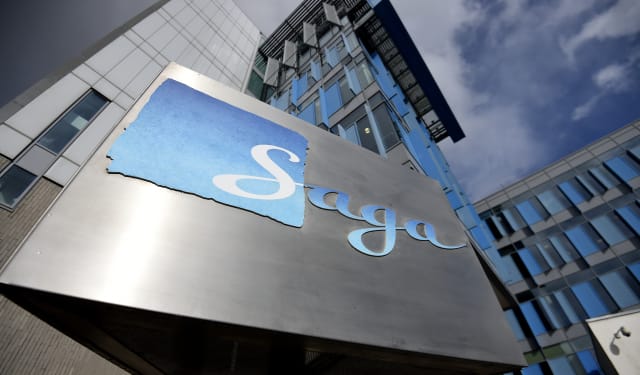 Saga has seen its shares surge after activist investor Elliott bought a 5% stake in the troubled insurance firm.

Shares jumped 7% in early trading, as investors gave a thumbs-up to the entrance of the US shareholder.

The insurance group, which specialises in products for the over-50s, has had a troubled year which saw it warn over profits in April amid an overhaul to return to growth.

It said it was launching a “fundamental” strategy rethink of tactics in the insurance business to address “increasing challenges” in its markets.

Elliott is known for shaking up businesses, including resources company BHP and investment group Alliance Trust.

The activist group, founded by billionaire Paul Singer, is best known in the UK for its ownership of book shop chain Waterstones, which it snapped up last April.

Russ Mould, investment director at AJ Bell, said: “Saga’s dramatic fall from grace has seen its share price fall to such low levels that an activist investor has popped up on the shareholder register.

“Saga is currently searching for a new chief executive and so Elliott may want to have a say in who is hired, although one would suggest it will need a bigger stake in the business to have any influence on strategic decisions.”

Shares in Saga have more than halved since the start of the year, with the profit warning and boardroom changes weighing down on shareholder sentiment.

Last month, chief executive Lance Batchelor announced plans to quit at the end of the financial year following six years with the business.

Saga said a search is currently under way to find a successor.

The news of Mr Batchelor’s departure came amid a major boardroom shake-up which had already seen Patrick O’Sullivan join as company chairman, while James Quin was recruited as chief financial officer in January.

Shares in Saga increased by 7.8% to 46.2p in early trading on Wednesday.

Boris Johnson ‘responding to treatment’ in intensive care with coronavirus