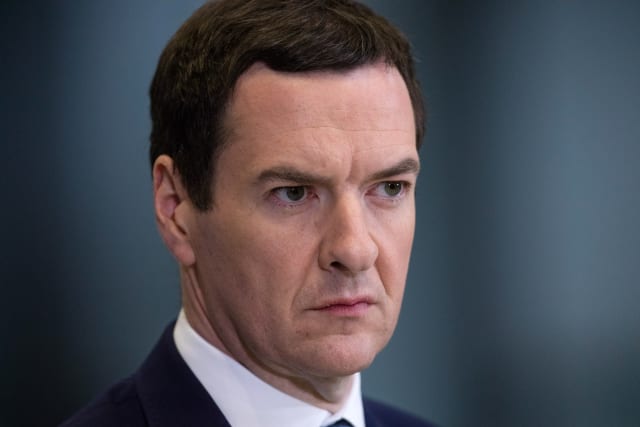 Former chancellor George Osborne has criticised Scotland Yard for encroaching on press freedom by launching a criminal investigation into the leak of diplomatic dispatches sent by Britain’s US ambassador Sir Kim Darroch.

The inquiry by the Metropolitan Police counter terrorism command, which is responsible for investigating breaches of the Official Secrets Act, was announced in a statement attributed to assistant commissioner Neil Basu.

Mr Osborne, now editor of the Evening Standard, appeared to suggest the statement which called for any leaked documents to be returned to the Government was written by a junior officer and Mr Basu should distance himself from the comments.

The statement from Mr Basu said: “The publication of leaked communications, knowing the damage they have caused or are likely to cause may also be a criminal matter,

“I would advise all owners, editors and publishers of social and mainstream media not to publish leaked government documents that may already be in their possession, or which may be offered to them, and to turn them over to the police or give them back to their rightful owner, Her Majesty’s Government.”

Mr Osborne described the statement as “very stupid and ill-advised”.

“If I were the Metropolitan Police Commissioner, and I wanted to maintain my credibility and the credibility of my force, I would quickly distance myself from this very stupid and ill-advised statement from a junior officer who doesn’t appear to understand much about press freedom,” the former chancellor tweeted.

Sir Kim announced on Wednesday he was resigning, saying his position had become “impossible” following the leak of his dispatches in which he described Donald Trump’s White House as “inept” and “dysfunctional”.

Those comments drew a furious response from the president who denounced him as a “very stupid guy” and a “pompous fool” and said the the White House would no longer deal with him.

In the Commons on Thursday, Foreign Office minister Sir Alan Duncan said an internal Whitehall inquiry had found no evidence the leak was the result of computer hacking.

Instead he told MPs the focus was on finding “someone within the system who has released illicitly these communications”.