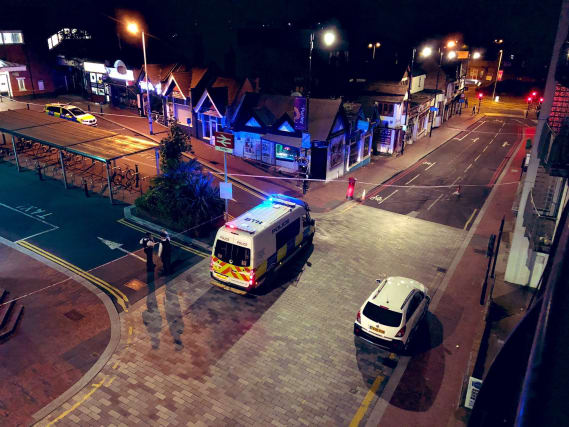 A man, believed to be in his late teens, has died after being stabbed in Croydon, police said.

Emergency services were called at about 9.10pm on Thursday to Brighton Road with police, paramedics and London’s Air Ambulance attending.

“Despite their efforts, a male, believed to be aged in his late teens, died at the scene at 9.50pm”, a police spokesman said.

Another man, also believed to be in his late teens, was found nearby with stab wounds and has been taken to a south London hospital with non-life-threatening injuries. He is in a stable condition.

A third man in his late teens was found close to Purley Railway Station with a slash wound.

Scotland Yard said he has been arrested on suspicion of attempted murder and taken to a south London hospital with non-life-threatening injuries.

Two other men, whose ages are not known, have been arrested on suspicion of possession of an offensive weapon. They remain in custody at south London police stations.

Numerous crime scenes have been set up around Brighton Road, where a section 60, giving police special search powers, is also in place.

The victim of the fatal stabbing has not been identified.

Detectives from the Specialist Crime Command are investigating and anyone with information is asked to phone police on 101 and quote reference Cad 8858/11Jul.