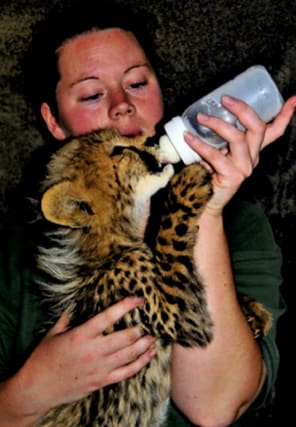 A keeper who was mauled by a tiger at a zoo died accidentally after entering an enclosure without recognising that a metal slide designed to isolate the animal had been left open, an inquest concluded.

Rosa King, 33, was savaged by a Malayan male called Cicip at Hamerton Zoo Park in Cambridgeshire.

She died at the scene on May 29 2017 having suffered traumatic injuries including a severed spinal cord.

An inquest concluded that her death was an accident following more than two hours of deliberation by a jury and six days of evidence.

Ms King had gone into the enclosure to clean its viewing windows, which allow visitors to see the tigers, before the zoo opened for the day at 10am.

Her body was discovered by a visitor to the zoo who looked into the enclosure from the public viewing area and raised the alarm at around 11am.

Nobody saw the attack happen and nobody saw what Ms King did in the immediate lead-up.

Police scenes of crime officer Nathan Searle described seeing a “large bloodstain on the ground, a set of keys and a blood-stained paw print” alongside a wet cloth, a squeegee and an upturned bucket near the keeper’s gate to the enclosure.

Head keeper Katherine Adams said she believed Ms King, who was working alone, was trying to leave the paddock when she was attacked.

She said the tiger may have stalked Ms King after she entered the enclosure and attacked her some five minutes later.

Nicholas Moss, Cambridgeshire’s assistant coroner, said that immediately after the attack a metal vertical slide, designed to isolate tigers from keepers in the enclosure, was found to be open.

A metal protective gate used by keepers to access the paddock and a wooden gate to stop members of the public entering a service area were also found to be open.

A police investigation found no mechanical faults and Sergeant James Thorne said it was easy to spot the position of the slides.

The inquest heard that the zoo’s procedure was for a keeper to locate the tigers and ensure they were isolated by metal slides before entering the enclosure.

The jury, alongside its conclusion of accidental death, said that the zoo’s procedure “depended entirely on the keeper reliably following their training”.

Mr Moss said: “The death in this case occurred despite the fact there was a simple system and keepers such as Rosa who were safety conscious knew what the system was and knew what the risk was.

“While it was unexpected for Rosa not to follow that system it seemed to be due to human error, of which we are all prey.”

Elizabeth Yeomans, a senior ergonomist for the Health and Safety Executive, said earlier in the inquest that sometimes, when a person has completed a task many times before, “you look and see what you think you should see”.

Ms King may have been tired at the time, having worked 45-hours per week during the summer months and helping with night feeds for a serval kitten, a type of African cat, the inquest heard.

Colleagues described her as a “very safe” keeper who would not have taken shortcuts in her work.