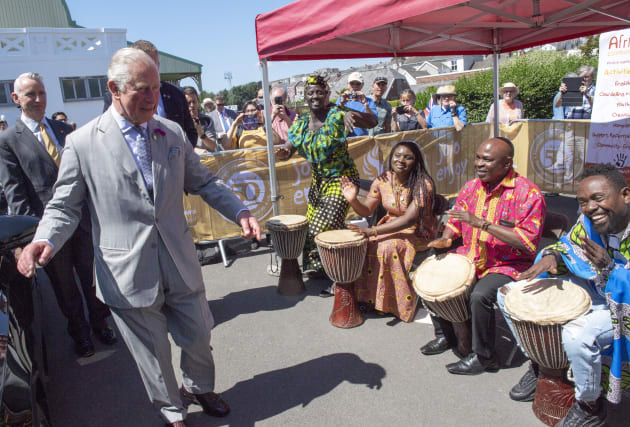 The Duchess of Cornwall has said her husband was “celebrating quietly” the 50th anniversary of his investiture as the Prince of Wales.

Camilla’s comments came when she visited south Wales with Charles to mark another five-decade milestone – Swansea being bestowed city status in 1969.

The honour was announced the week Charles was invested as the Prince of Wales – July 1, 1969 – during a ceremony staged at Caernarfon Castle.

On Swansea’s sea front, which was bathed in warm summer sunshine, the couple met community stalwarts, dignitaries, Swansea charity bosses, schoolchildren and locals who remembered when Charles visited the city 50 years ago to the day with the Queen to mark its new status.

Asked by PA news agency how it felt to be back in Wales, the duchess replied: “It’s lovely especially in this weather.”

Quizzed about how her husband would be marking his milestone she replied with a smile: “Another anniversary I know – celebrating quietly.”

Every summer Charles and Camilla regularly tour Wales visiting communities across the country and meeting organisations and charities.

The visit to Swansea came after a freedom of information request by WalesOnline to Highways England revealed the cost to design, create and install signs renaming the Second Severn Crossing the Prince of Wales Bridge – £216,513.

The change of name was a controversial move that was criticised at the time with Plaid Cymru’s then-leader Leanne Wood tweeting: “Is this a late April fool joke?”.

A petition against the decision was launched on Change.org attracting more than 38,000 signatures.

But the then Welsh Secretary Alun Cairns described it as a “fitting tribute” to Charles’ “decades of continued, dedicated service to our nation”.