Yo! Sushi becomes market leader in merger with US kiosk operator 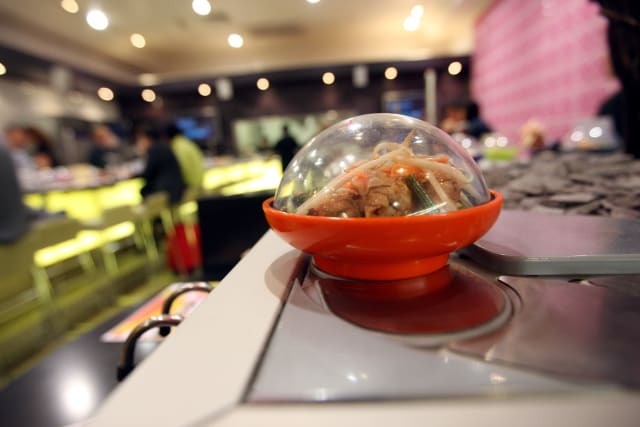 Yo! Sushi is to form the world’s largest sushi company outside of Japan as it merges with US operator SnowFox, the company said.

In a deal which will create a sushi giant with sales of 425 million US dollars (£336.4 million), Yo! will add SnowFox to a group which already includes Canada’s Bento Sushi and supermarket supplier Taiko.

SnowFox manages more than 700 sushi kiosks across 25 US states, primarily in supermarkets.

The deal has been facilitated by private equity firm Mayfair Equity Partners, which backed the 2015 management buyout of Yo!

The business’s chairman, Jim Kim, will join the board of the combined group and remains a significant shareholder, while president Stacy Kwon will become co-president of North American operations alongside Bento’s Glenn Brown.

Richard Hodgson, chief executive of Yo!, said: “By expanding its geographical presence and offering, the expanded group will meet the untapped demand of consumers around the world.

“Jim, Stacy and their teams exemplify the talent we wish to work with and we are incredibly honoured that we are partnering with them.”

Yo!’s £59 million acquisition of Bento Sushi in 2017 marked the beginning of an international chapter for the company, which opened its first branch in London in 1997.

The group said this latest move would enhance its opportunities for growth in North America, with the US grocery sushi market alone estimated to be worth more than one billion dollars (£790 million) a year.

Ms Kwon said: “This merger brings together Yo!’s restaurant expertise, Bento’s company-owned and manufactured sushi expertise, and SnowFox’s franchising and retail expertise – all of which will allow us to better serve our retail partners’ every need.”

The expanded group now counts a number of leading retailers in North America and the UK as customers, including Kroger, Loblaws, Walmart, Sobeys, Waitrose, Sam’s Club and Tesco.