Why are there calls to give anonymity to sexual offence suspects? 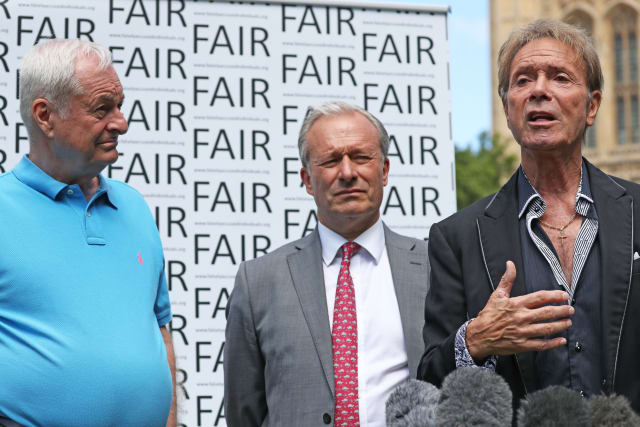 Singer Sir Cliff Richard and DJ Paul Gambaccini are backing a petition calling for a change in the law to give anonymity to people accused of sexual offences until they are charged.

– What is the petition and why is it being launched?

The petition was launched to “provide balance in the criminal justice system”, avoid suspects becoming “targets of opportunist and deluded claimants” as well as preventing “police searches of the homes of suspects who have not been charged being publicised”.

– What are the arguments behind the petition?

Supporters of the petition want to “redress the balance” in the legal system to protect the reputations of innocent suspects from the “lasting stigma” of false sexual allegations.

They say it is unjust to publicise allegations against those who turn out to be wrongly accused and this can cause lasting reputation damage – especially in an era where articles remain on the internet indefinitely.

The change in the law would also protect suspects from highly publicised searches and from becoming the target of “fantasists and false claims”.

– What do critics say about the proposal?

Critics of the Fair pressure group’s proposals say it could prevent genuine victims speaking out and publicity before a charge can be useful in prompting witnesses and other victims contacting the police.

Earlier this year Home Office minister Baroness Williams of Trafford said the Government was “not persuaded” by plans for anonymous arrests, adding: “Restricting the freedom of the Press is a serious matter and we are not yet persuaded that legislating in this instance would be a necessary or proportionate response to the perceived problems.”

She said the Me Too movement had been “a living testament to this”.