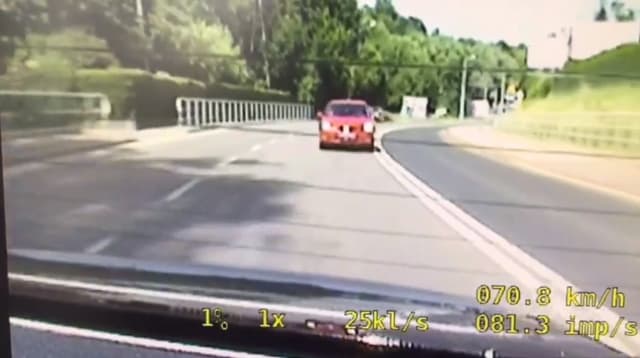 A woman in labour got a police escort to hospital when officers stopped her husband for speeding.

The man, who has not been named, was driving his wife to a hospital in Bielsko-Biala, a city in southern Poland, on Thursday, when he was pulled over for driving too fast.

In a video released by police, an officer can be seen approaching a red car that has pulled over on the side of a busy road.

But once the officer speaks to the driver, he quickly runs back to his own vehicle to escort them to hospital.

The police force, Policja Slaska, said in a statement: “The man had a very convincing explanation for his behaviour.

“As it turned out, he was driving his wife to the hospital in Bielsko–Biala. The police decided to help the future parents.”

The family arrived safely at hospital and the police force added: “We wish them good health and many great and, above all, safe journeys.”