Temperatures set to soar in UK as Europe experiences heatwave 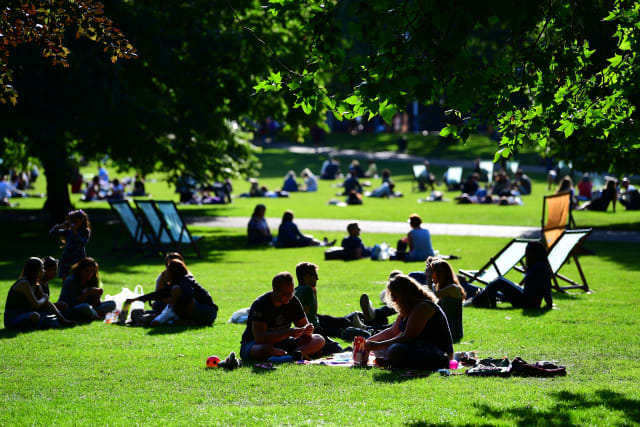 Temperatures are expected to climb as high as 31C (88F) this weekend as a heatwave spreading over parts of Europe makes itself felt in Britain.

An “enormous” reservoir of warm air that has triggered emergency measures in France is due to send the mercury shooting skywards, with temperatures peaking on Saturday.

Highs of 30C (86F) could be seen for eastern parts as far north as Yorkshire, while temperatures will be in the upper 20s for revellers at the Glastonbury Festival.

Western parts are expected to see the better weather on Friday, while the picture will switch around on Saturday.

Met Office forecaster Matthew Box told the Press Association: “There is an enormous reservoir of warm air across Europe at the moment. On Friday we will have high pressure over the UK and low pressure out in the Atlantic, and that will bring settled weather conditions across the UK and an easterly flow of air across the southern half of the country.

“Those easterly winds are drawing that warm air from the near continent and that reservoir across the UK and that’s why we’re getting those warm temperatures.

“We are looking at 28 or 29 degrees (82-84F), perhaps peaking at 30 here or there on Friday and that will be across western or south-western parts of the UK.

“Then we could see 30 or 31 across eastern areas of England; London and the Home Counties through Lincolnshire and parts of Yorkshire, on Saturday.”

The blast of warm weather has led some meteorologists to predict new June records will be set in France, Germany, Switzerland and Belgium in the coming days.

France has been bracing for the heatwave, with temporary fountains put in place and plans for public pools to stay open for longer, amid forecasts suggesting temperatures could exceed 40C (104F) this week.

The hot spell is set to be relatively short-lived in the UK, with unsettled weather moving in from the Atlantic on Sunday.