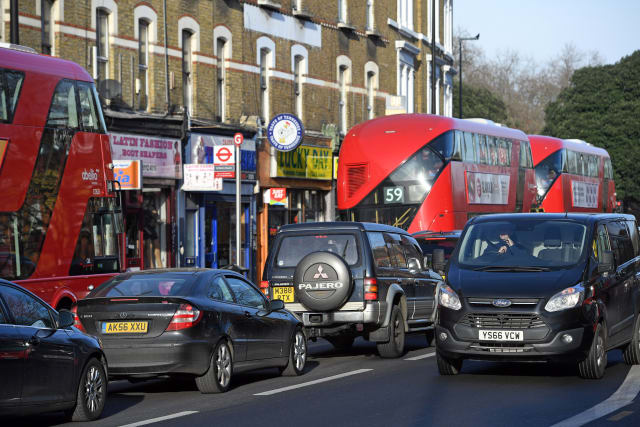 Policies to reduce pollution emissions have improved air quality and cut deaths over the past 40 years, a study suggests.

But poor air is still a public health “emergency” that is linked to significant numbers of early deaths, the experts behind the study said.

Action is needed by Government, businesses and individuals to tackle air pollution, including lifestyle changes such as swapping car journeys for walking and cycling, or eating less meat to reduce emissions from agriculture.

Toxic air shortens life expectancy by increasing the risk of heart and lung diseases and lung cancer, and there is growing evidence of links to dementia, brain function, type 2 diabetes and low birth weight.

Estimates suggest there about 28,000 to 36,000 early deaths due to air pollution in the UK each year.

Research led by the Centre for Ecology and Hydrology (CEH) looked at pollutants including health-harming nitrogen oxides, fine particulate matter known as PM2.5 and sulphur dioxide over 40 years between 1970 and 2010.

It used data on emissions to model the changing concentrations of the pollutants across the UK – removing the impacts of variable weather conditions to ensure the effects of policies could be seen.

In the four decades of the study, a raft of national legislation such as the 1993 Clean Air Act, European directives on various pollutants, and international conventions, were implemented to control air pollution.

The study found that total annual emissions of PM2.5, nitrogen oxides, sulphur dioxide and non-methane volatile organic compounds in the UK had all reduced substantially, by between 58% and 93%, over the 40 years.

Emissions of ammonia, which largely come from agriculture and lead to the formation of PM2.5, fell between 1970 and 2010 but have increased slightly in recent years.

The proportion of the total number of UK deaths in a year that can be attributed to PM2.5 fell from about 12% in 1970 to 5% in 2010, while nitrogen dioxide-linked deaths fell from 5% to 3%, the study estimates.

Dr Sotiris Vardoulakis, of the Institute of Occupational Medicine in Edinburgh and one of the co-authors of the study, said: “Air quality policies and interventions work – they have improved air quality in the UK very much in the period of the assessment.”

But he said air pollution is “still a very substantial burden on public health, it’s a public health emergency and we need to do something about that”.

Technological improvements such as cleaner vehicles and fuels, driven by policies, had delivered cleaner air.

But he said: “We’ve run out of low hanging fruits, and a lot of these technical improvements to address vehicle emissions have been implemented.”

He said moves such as switching to electric vehicles or replacing short journeys with walking and cycling would bring down emissions.

Reducing dependency on cars can have other benefits such as reducing greenhouse gas emissions and improving people’s health, he said.

Co-author Prof Mathew Heal, from the University of Edinburgh, added that meat production was linked to more nitrogen use and emissions, and a trend towards less red meat would be beneficial for reducing pollution.

The study is published in the journal Environmental Research Letters.

Environment minister Therese Coffey said: “We have taken huge strides in tackling air quality over the last 40 years, and this research shows our actions are producing results.

“But we know there is a lot more to do.

“We have clear plans in place to tackle roadside nitrogen emissions and agricultural ammonia, and are working closely with industry, local authorities and other government departments to accelerate progress.”