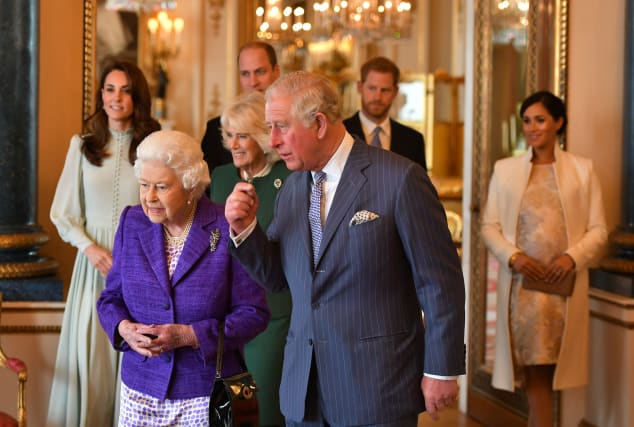 The funding for the Duke and Duchess of Sussex’s activities in the year Meghan officially joined the royal family contributed to a £5 million bill for the Prince of Wales.

Charles pays for the public duties of Harry and Meghan and the Duke and Duchess of Cambridge, and some of their private costs, out of his multimillion pound Duchy of Cornwall income.

Clarence House’s annual report provides no detailed breakdown of the funding for the activities of the Sussexes and the Cambridges, with royal  sources saying the details were private.

The prince contributed to the Sussexes’ wedding and hosted Harry and Meghan’s evening wedding reception at Frogmore House, where the newlyweds enjoyed a spectacular firework display and partied until 3am with celebrity guests.

A royal source said: “Their expenditure is met by help from their father or things that they would pay for themselves from their private expenditure.”

A video released as part of the yearly review featured footage of Meghan walking down the aisle at St George’s Chapel and being met by a beaming Harry.

The source added that having the Cambridges and Sussexes among the working royals supporting the Queen was “a great opportunity for the whole family” .

They added: “I wouldn’t say it was placing additional financial burdens.

“Everything is well within budget and works incredibly harmoniously.”

As heir to the throne, Charles is entitled to the surplus generated by the Duchy of Cornwall’s vast portfolio of lands, buildings and financial investments – which includes the Oval cricket ground and 67,000 acres of Dartmoor.

The private landed estate was created in 1337 by Edward III to support his son and heir Prince Edward, known as the Black Prince, and all his subsequent heirs.

The bill, met by taxpayers through the Sovereign Grant, covered work on the roof, the portico and the perimeter wall.

A royal source said: “The point is that there is this great building which is an old building and a venerable building and from time to time it needs a bit of maintenance, so we’ve had to do works this year on the roof, the portico and some work to shore up the perimeter wall.”

The cost of the prince and the Duchess of Cornwall’s official travel by air and rail rose by almost a third (31%) – jumping from £1.01 million to £1.33 million.

The prince’s taxpayer-funded Sovereign Grant income was up 66%, to £1.99 million, to cover the increased cost of travel and the Clarence House building works.

On the lack of breakdown of the cost of the Sussexes and Cambridges’ activities, a royal source said: “The whole thing is accounting for private money.

“Even so there is a line clearly, and a line that we’ve always respected.”

On the cost of Harry and Meghan’s wedding, the source said: “This is a very open and transparent set of accounts, but, like any family wedding, we’re not going to get into saying exactly what it costs.”

The accounts revealed that Charles employs around 134 full-time equivalent staff – including 18 personal staff ranging from chefs, valets and secretaries to estate, garden and farm staff.

Of his 116 official staff, the prince has the equivalent of 1.3 full-time butlers, 4.4 chefs and kitchen porters, three chauffeurs, nine housekeepers, 2.5 valets and dressers, and 5.7 orderlies, among others.

The year was described by Clarence House as one of “great personal happiness” for Charles, with the Sussexes’ marriage and the birth of Prince Louis.

The heir to the throne’s principal private secretary Clive Alderton said: “There were plenty of highlights but the events that stick out most in my mind include that fantastic day down at Windsor last May when Prince Harry married to Meghan Markle.”

He said another major highlight was future king Charles being backed by 53 Commonwealth heads of state and government to eventually succeed the Queen as Head of the Commonwealth.

Mr Alderton said: “As I said to the prince at the time, it’s not bad to win an election, and with a 100% approval rating really isn’t bad at all.”

The Prince of Wales’s charities – The Prince’s Trust, the Prince’s Foundation, and the Prince’s Charitable Fund – raised over £90 million over the course of the year.

A royal source attributed the rise to Charles and Camilla travelling 13% further in distance in overseas travels at the request of the government.

But the prince’s greenhouse gas emissions from office and domestic energy use fell by 22% due to the use of new solar panels and the installation of motion sensitive lights.