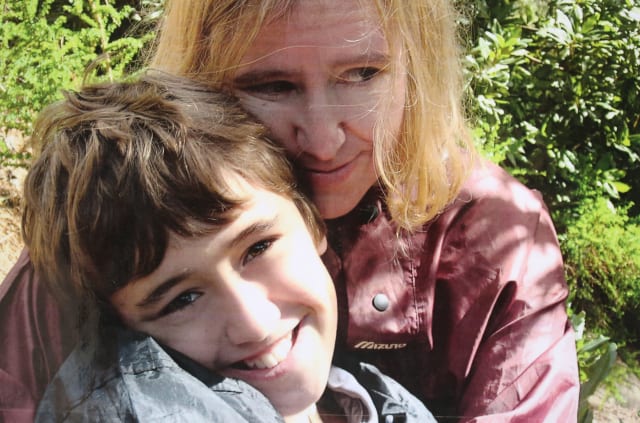 The parents of a Muslim convert dubbed Jihadi Jack have avoided jail after being found guilty of funding terrorism.

Organic farmer John Letts, 58, and former Oxfam fundraising officer Sally Lane, 57, refused to believe their 18-year-old son Jack had become a dangerous extremist when they allowed him to travel, the Old Bailey heard.

They ignored repeated warnings he had joined Islamic State in Syria and sent – or tried to send – a total of £1,723 for him despite being told by police three times not to.

Prosecutor Alison Morgan QC said the couple, from Oxford, “turned a blind eye to the obvious” – that their son had joined the murderous terrorist group by the time they sent £223 in September 2015.

The defendants claimed their son, who suffers from obsessive compulsive disorder, was trapped in Raqqa in Syria and by December 2015 when they tried to send more funds, they were acting under “duress” fearing he was in mortal danger.

A jury deliberated for nearly 20 hours to find the defendants guilty on Friday of one charge of funding terrorism in in September 2015 but not guilty of the same charge in December 2015.

A third charge relating to an attempt to send money in January 2016 was ordered to lie on file after jurors could not agree on a verdict.

There were gasps in the public gallery but the defendants made no reaction in the dock as the verdicts were delivered.

Judge Nicholas Hilliard QC sentenced John Letts and Lane to 15 months’ imprisonment, suspended for 12 months “in the very special circumstances of this case”.

He said: “It was one thing for parents to be optimistic about their children and I do acknowledge he is your son who you love very much.

“But in this context you did lose sight of realities”

He told the couple: “The warning signs were there for you to see.”

He said that they were “intelligent adults” and set aside their suspicions to “please your son”.

Earlier in mitigation, Richard Thomas said Lane was a loving mother who had shown her “trenchant” opposition to Islamic State.

He said: “These proceedings running at the same time as the agony of their son’s predicament is a tremendous strain for someone of good character.”

Henry Blaxland, QC, said there would be long-term consequences for John Letts, who has an international reputation in organic wheat.

The trial had heard how Jack Letts left the family home in May 2014 and embarked on what his parents saw as a “grand adventure” to learn Arabic in Jordan.

Before his departure, a friend of the teenager had tried to warn his parents about his growing extremism and urged them to confiscate his passport.

From Jordan, Jack Letts moved to Kuwait and married Asmaa, the daughter of a tribal elder, in Iraq before travelling on to Syria.

Lane told jurors she was “horrified” when he rang her to say he was in Syria in September 2014.

She said: “I screamed at him, ‘How could you be so stupid? You will get killed. You will be beheaded’.”

John Letts begged his son to come home, telling him: “A father should never live to see his son buried.”

He went on to accuse him of being a “pawn … helping spread hatred, pain, anger, suffering and violence”, jurors heard.

In early 2015, police raided the family home and warned the defendants not to send any property or money to their son.

Jack Letts ranted about it to his parents, saying police would “die in your rage”.

In July 2015, he posted on Facebook that he would like to perform a “martyrdom operation” on a group of British soldiers, and threatened to behead his old school friend Linus Doubtfire, who had joined the Army.

When challenged by his parents, he said: “I would happily kill each and every one of Linus Unit personally… I honestly want to cut Linus head off.”

Ms Morgan said it was “ridiculous” to claim the message had been posted by someone else using Jack Letts’s account, because he even knew the name of the family cat.

At the time, Lane conceded in a message to her son it was “naive of us to believe” he was not a fighter.

The defendants also consulted an academic expert who told them it was “highly improbable” that Jack Letts had not engaged in military activity, the court heard.

In spite of the mounting evidence, Lane sent £223 after Jack Letts gave her his word the money would have “nothing to do with jihad”.

But in December 2015, Jack Letts began indicating he would like to leave Syria and told of a “big misguidance in the state”.

John Letts told a family liaison officer that Jack Letts was “desperate to get out” and in “danger”, and was advised he could send him money to leave.

The advice was quickly corrected and the defendants were issued with a written notice stating: “The police do not endorse or authorise the sending of any monies to Jack Letts.”

Lane told her son: “We know you are in danger so we feel we have no choice but to help you and send it.”

But when she asked him to spell out the danger he was in, Jack Letts responded: “Define danger.”

She went on to attempt two money transfers which were blocked, and the defendants were arrested.

John Letts declined to give evidence, but his Mr Blaxland QC said: “These parents have to all intents and purposes lost their son. They are having to deal with the trauma.”

The jury was not told that father-of-one Jack Letts, now aged 23, was held by Kurdish authorities in northern Syria accused of being a member of IS.

Detective Chief Superintendent Kath Barnes said the conviction sends a clear message, adding: “It’s not for us to choose which laws to follow and which not to and when it’s OK to break the law.”

She said investigators had a “huge empathy” for the Letts family, adding: “Fundamentally John Letts and Sally Lane are not bad people.

“It’s hard to imagine the kind of agony they must be going through because of the choices their son made.”