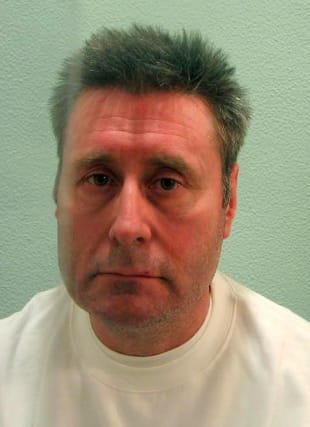 Black cab rapist John Worboys is facing life behind bars after admitting four more attacks, prompting a call for a review of all the allegations against him.

The 62-year-old, who now goes by the name John Derek Radford, targeted women who hailed his cab and drugged them in order to sexually assault them.

In 2009, he was jailed indefinitely for the public protection with a minimum of eight years for sex attacks on 12 women.

At an Old Bailey hearing on Thursday, he pleaded guilty to further offences against four more victims who came forward last year.

Police believe Worboys may have carried out more than 100 rapes and sexual assaults on women in London between 2002 and 2008.

Following his latest conviction, a lawyer representing some of Worboys’ victims called a review of all the other allegations against Worboys.

Richard Scorer, of Slater and Gordon, said: “Worboys’ guilty plea will hopefully bring some relief to these victims in that it has spared them the further ordeal of a trial.

“I only wish the same could be said for the dozens of other women who found the courage to report very serious allegations, only for these to be dismissed.

“It is appalling that it was left to victims to fight tooth and nail to bring Worboys to justice in the first place.

“In light of today’s plea, I would again urge that every allegation against him should now be reviewed again. It is the very least his victims deserve.”

The defendant, originally from Enfield, north London, appeared via video link from Wakefield Prison, wearing spectacles and a light grey and green shirt.

He pleaded guilty to two counts of administering a stupefying or overpowering drug with intent to commit rape or indecent assault.

He admitted two further charges of administering a substance with intent to commit a sexual offence under the Sexual Offences Act.

Worboys could spend even longer in jail if the senior judge sets a higher minimum term reflecting his prolific offending.

Ordering a report on Worboys’ history of crime and how much of a danger he is, she said: “This is a case on which the public interest is better represented by the Probation Service putting forward a complete history.”

At his first trial at Croydon Crown Court in 2009, jurors were told that Worboys picked up his victims in London’s West End and plied them with champagne laced with sedatives on the pretext of celebrating a lottery or casino win.

Worboys was convicted of 19 offences including one count of rape, five sexual assaults, one attempted assault and 12 drugging charges.

Last year, the Parole Board ruled that he should remain in prison, citing his “sense of sexual entitlement” and a need to control women.

The first victim got into Worboys’ black cab after leaving a bar in Dover Street.

He said: “He told her he had won money on the horses and was celebrating and claimed he had been a stripper with the Chippendales.

“He offered champagne and invited her to celebrate. She agreed.

“This defendant pulled over on a side road off the A40 served an alcoholic drink in a plastic cup, which she drank. That is her last memory that evening.

“She woke up the next day, naked, with her clothes left in a trail on the way to her bed.”

The victim recognised Worboys after seeing publicity about his case in 2009 and in December 2018 picked him out in an identity parade.

Mr Polnay said the second victim was a university student in London in 2003 when she was targeted after leaving a nightclub on New Oxford Street in what was “an identical method not only to the first count but a number of previous conviction and allegations three and four”.

All the women made their allegations to police in early 2018, but the offences dated back to between 2000 and 2008 in London.

Gregor McGill, Crown Prosecution Service director of legal services, said: “John Worboys is a sexual predator. His modus operandi will be familiar to any victim unfortunate enough to cross his path: entice them into his cab with cheap fares, offer them a sedative-laced drink and take advantage of their vulnerable state.

“Worboys has left countless victims feeling traumatised, anxious and violated. I’d like to pay tribute to their bravery in continuing to speak up.”