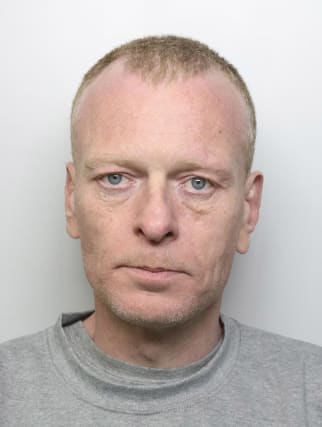 A schizophrenic who pushed the 91-year-old former boss of Eurotunnel onto Tube tracks had taken £600 worth of crack cocaine the day before the attack, a court has heard.

Sir Robert, who was knighted by the Queen in 1998, only escaped with his life because of the quick thinking of bystander Riyad El Hussani.

Mr El Hussani leapt from the platform to pull Sir Robert out of danger, just one minute before the next train was due to arrive – suffering a burn to his hand from the electrified rail in the process.

Crossley, who has been diagnosed with paranoid schizophrenia, was chased and detained by members of the public. He later said he had taken crack cocaine worth more than £600 the day before.

At his sentencing hearing at the Old Bailey, prosecutor Benjamin Aina QC said: “When the defendant was arrested he simply said: ‘I’ve had no sleep’ – he later said he was diagnosed with paranoid schizophrenia when he was 17.

“He was supposed to be taking medication for mental illness, but he had not taken any medication on that day.

Mr Aina added: “Mr Crossley said when he was on the platform he began to hear voices and was getting paranoid.”

Sir Robert, who was heading to Oxford Circus after a pensioners’ lunch, suffered a broken pelvis and a cut to the head which needed 12 stitches, and spent more than a week in hospital following the attack.

Just a few minutes beforehand, Crossley tried to push Tobias French onto the tracks as the victim was making his way home from Tottenham Court Road.

Mr French managed to fight his attacker off – prompting Crossley to flee the scene on the next Central Line train.

Crossley, of Leyton, east London, denied two counts of attempted murder, telling jurors he picked his victims at random and did not mean to kill them.

He said he had taken crack cocaine the previous day and began feeling paranoid as he made his way to the West End to get coffee.

Jurors rejected his defence and found him guilty of two charges of attempted murder at the Old Bailey in October last year.

Crossley later told psychiatrist Dr Anneka John-Kamen he had gone to the West End after hearing the song West End Girls by the Pet Shop Boys on the radio, believing it was giving him instructions – a condition referred to as “delusions of reference”.

He also told Dr John-Kamen he remembered thinking: “Yes, yes, yes I’m going to hurt someone,” and was anxious because people he owed drug money to were threatening him.

The defendant also claimed he only meant to scare Mr French, and only intended to push Sir Robert onto the floor.

When asked whether he would have pushed a woman or a child, Crossley told doctors he could never have done that.

The prosecutor questioned whether someone suffering a psychotic episode would have shown “that level of distinction”.

The court heard that Crossley was subject to three suspended sentences at the time of the attack – one for sexually assaulting a care worker, one for possession of a knife, and one for racially abusing another care worker.

British Transport Police said: “We could easily have been dealing with a double murder investigation had it not been for the brave actions of the public who stepped in.”

Crossley’s sentencing hearing will continue on Thursday with further psychiatric evidence, and is due to conclude on Monday.

The defendant is currently being held at the John Howard Centre – a psychiatric facility in east London.