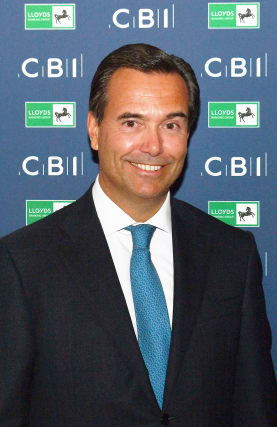 A top executive at Lloyds Banking Group has claimed chief executive Antonio Horta-Osorio is a “winner” with “charisma” who deserves his controversial pension perks and pay deal.

Stuart Sinclair, chair of the remuneration committee at Lloyds, told MPs that staff at the bank did not resent Mr Horta-Osorio’s pay deal, which last year saw him pick up a £6.27 million pay package and included a pension contribution of 33%.

This compares with an average employee pension contribution of 13%.

When questioned over whether Mr Horta-Osorio’s pension arrangements had caused “huge trouble” in the bank, Mr Sinclair told the Work and Pensions Committee: “People like a winner.

He added: “People regard that as a big achievement and there’s a charisma around Antonio which actually means a lot of people say ‘good luck to him – he works incredibly hard and I don’t resent the money’.”

But Frank Field, chair of the Commons committee, hit back saying Mr Horta-Osorio “certainly is a winner”.

Mr Field took Mr Horta-Osorio to task in the hearing on executive pensions, asking “how do you justify your greed?”

He accused Mr Horta-Osorio of “sticking to these absurd pension arrangements which you have enforced when other people have surrendered theirs”.

Mr Horta-Osorio sought to defend his pay deal as being in line with other bank bosses and said he had already taken the “voluntary” first step of reducing his pension contribution down from 46% previously.

He added that the bank was currently reviewing executive pay and stressed he “supports” the Investment Association’s guidelines for executives to match employee pension contributions.

But he stopped short of pledging to cut his pension contribution further and said the bank would be looking instead at total fixed pay.

In response to Mr Field, Mr Horta-Osorio said: “It’s very difficult to accept the word ‘greed’ that you used … when my total fixed compensation, at £2.8 something million … is lower than the group chief executive of HSBC.

But he also confirmed that when he cut his pension contribution to 33% in February, he was awarded an extra £150,000 in fixed share awards over five years in what has been slammed as a stealth pay rise to offset the reduction.