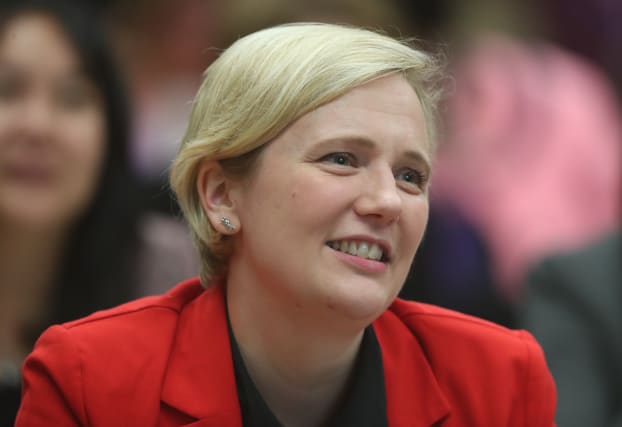 Theresa May has signalled her support for a potential rethink of parliamentary rules over maternity leave after pregnant MP Stella Creasy admitted feeling forced to choose between “being an MP and being a mum”.

The Labour MP for Walthamstow said the Independent Parliamentary Standards Authority (Ipsa), which regulates MPs’ pay, does not recognise that MPs go on maternity leave and does not provide for any paid cover for work carried out outside the parliamentary chamber.

The Prime Minister’s official spokesman told a Westminster briefing: “No-one should have to choose between being a mum and being an MP.

“While Parliament has made positive changes to becoming more family friendly in recent years, such as introducing proxy voting and changing sitting hours, Stella Creasy’s comments highlight that there is much more to do.

“It is ultimately up to the independent Ipsa to make decisions on pay and allowances for MPs but the Prime Minister would urge them to look very closely at the issues that have been raised by Stella Creasy and determine what more support, such as temporary staffing, can be provided.”

Ms Creasy, who is expecting her first child after having had two previous miscarriages, wrote in The Guardian: “Humiliatingly, it is making me beg for extra staff funding – or give up any chance of spending time with my child to make sure my constituents don’t miss out.”

She added: “I never thought Parliament would tell me to choose between being an MP and being a mum.”

There was widespread congratulations and support for Ms Creasy’s call for a change, including backing from Conservative leadership hopefuls who want to succeed Mrs May as Prime Minister.

Foreign Secretary Jeremy Hunt tweeted: “Incredibly moving from @stellacreasy and impossible to argue with her logic. Insidious to force MPs to choose between serving their constituents and spending precious time with their newborn. Come on Ipsa, do the right thing.”

“I completely agree that we must strive to ensure Parliament is an inclusive workplace.

Sian Berry, co-leader of the Green Party, said she had “total respect and solidarity” with Ms Creasy over the issue.

“‘Choose or soldier on’ is no way to build equality into democracy,” she tweeted. “And it is just one example of how women in workplaces are short changed in so many ways.”

Former Labour Party leader Ed Miliband also expressed his solidarity, declaring it was “time to get closer to the 21st century”.

“We cannot be a modern, effective or representative Parliament when the need for maternity cover is not recognised,” he said. “Nor can we lecture firms on non-discrimination if we practice it ourselves.”

Nottingham South’s Labour MP Lilian Greenwood tweeted: “A very brave piece from my colleague @stellacreasy. There is so much work to do if we are to have a Parliament that reflects the population we serve.”

And Jess Phillips, Labour MP for Birmingham Yardley, said: “I couldn’t be prouder of Stella for facing down the use of fertility and motherhood to define and control our politics.”

Ms Creasy, MP for Walthamstow, in east London, told in her article for The Guardian how she had continued working “aching and bleeding” during her first miscarriage and led a public meeting the day after her second.

“Now I’m pregnant once more and terrified – not just that it will go wrong again, but because I know that my resolve to keep my private and professional lives separate has become impossible,” she wrote.

“I’m coming forward publicly to talk about it because, as for far too many women, the personal inevitably becomes political when reproduction is involved.”

In January, a year-long trial of proxy voting for those with babies was approved after the issue was highlighted when Labour MP Tulip Siddiq postponed her Caesarean section so she could be wheeled into the chamber to vote.

Harriet Harman has previously called for MPs to get six months’ paid leave, in line with the Civil Service, and be able to nominate a full-time paid “maternity cover” representative for their work outside the Commons.

Ms Siddiq said: “As a politician, I’ve never stopped fighting for women to have control over their own bodies through the provision of reproductive rights and services as the non-negotiable prerequisite of equality.

“As a pregnant woman, this recent experience is another bitter reminder that it’s still often men – this time the Ipsa executives – who will make the choices that determine if that battle will be won.”